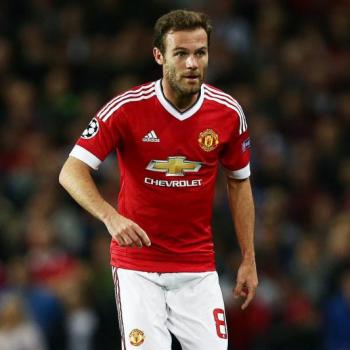 Playing for Manchester United since the second half of 2013/14, 27 years old Spanish international winger and forward Juan Manuel Mata, asked by Sky Sports UK about the chance for Red Devils to sign Zlatan Ibrahimovic, stated: "I don't know what he is going to do, whether he is going to stay there or not. Maybe he will try a new chapter in his long career. He is probably the best in Sweden's history for what he represents. He has played in so many countries and leagues and won trophies everywhere. That speaks about his quality as a player and his importance for PSG and in the national team, which he's a captain for.

Louis [Van Gaal] is an experienced manager who has won a lot of trophies with former teams. He has his philosophy, his way of understanding football and as players we try to adapt ourselves and do our best on the best in training and in games. Hopefully he can lift a trophy with Manchester United.

Rashford and Martial? They are very good and can become even better. Both are under 20 and have great qualities; fast, have goals in their pockets, and they are very importan for ust. In the last few games, Marcus has been scoring a lot, and Anthony has been one of our key players through the season. I feel very happy playing alongside them, because I can play those passes and they can finish.

I am happy with the number of games I have played. I've played almost every game. I have scored some goals and assisted others. We've had some difficult moments in the season, it's true. We had some periods where we didn't play as well as we could. But overall I am happy because I haven't been injured.

The most important thing is the group and the team and hopefully we can finish the season by winning a trophy, which will be great for us".