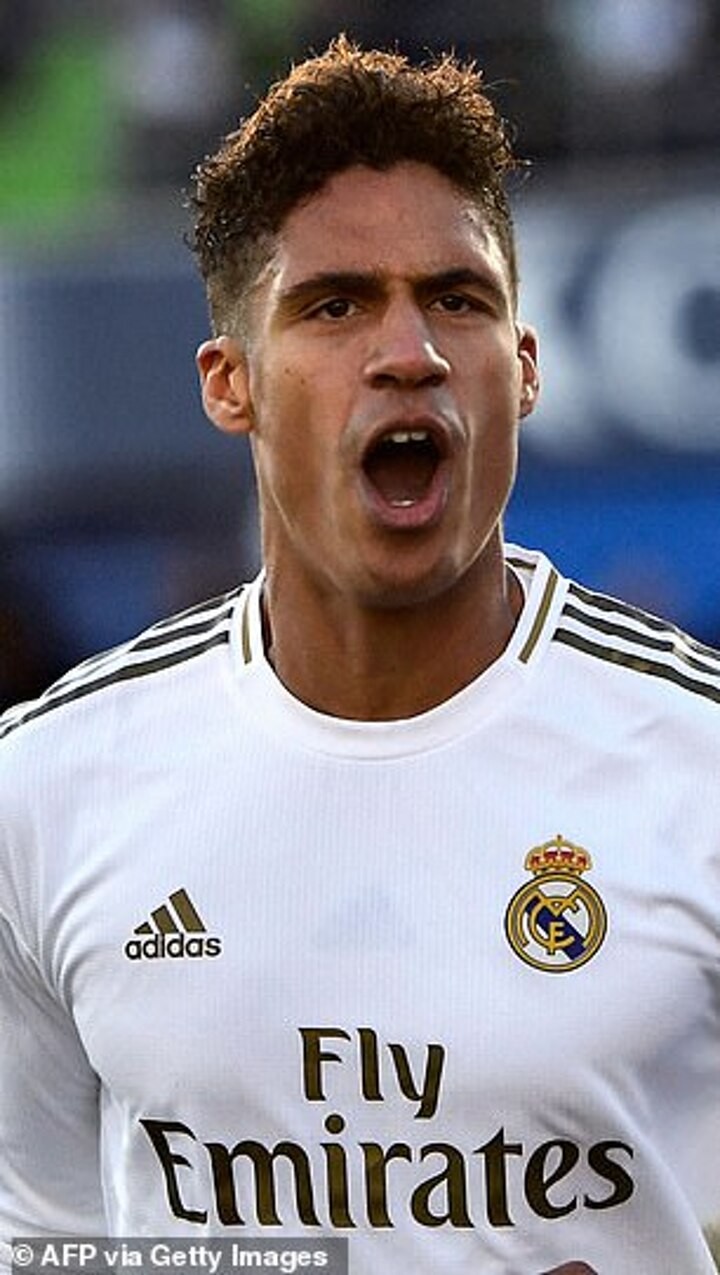 The Red Devils have been pursuing a deal for the highly rated centre back all summer and are close to getting their man in a move that will see him join another high profile signing in Jadon Sancho.

Solskjaer is delighted with the club's ambition this season and feels both Varane and Sancho will make 'a huge difference' to the team, saying the former had been a player United had been tracking from the days of Sir Alex Ferguson.

The France World Cup winner has agreed personal terms on a four-year deal with the option of another season, with the contract to be signed after he completes his medical following quarantine.

'Of course very happy that we've managed to get a deal with Real Madrid,' Solskjaer said.

'The medical should hopefully be OK and he's a proven winner. He's a player we've followed for many, many years.

'I know Sir Alex (Ferguson) was very, very close to signing him, so this time around we've got him at the other end of his career.

'He's proved over his whole career what a good person he is first of all, professional and he's won what there is to win. I'm very happy getting both our players in.'

Solskjaer, whose side suffered a disappointing loss in the Europa League final against Villarreal at the end of the last campaign, is looking to revamp his squad into title contenders and believes the club are showing the right mentality by making statement signings.

He also suggested the team could change its set up to accommodate both Sancho and Varane, who he hopes will seal his move soon after wrapping up his medical.

Asked about when the medical can take place with coronavirus restrictions in place, Solskjaer said: 'From what I know the club is working on the quickest possible solution to get everything sorted. I don't know the timescale on it yet, the latest.

'Of course there's a visa coming into England now with Brexit and the quarantining, so everything has to be done as quickly as possible but by the book.'

Solskjaer is pleased United are getting the bulk of their business done early and feels the two signings can have a major impact.

'I think, as I've said before, every manager would be happy the sooner and earlier the deals are done and this year we've managed to get it sorted,' Solskjaer said after Wednesday's 2-2 friendly draw against Brentford in front of 30,000 fans at Old Trafford.

'I think the two we've got in will make a huge difference for us, both this season short-term but also long-term.

'Raphael is into his prime as a centre-back. He's the same age as Harry (Maguire), a year older than Eric (Bailly) and a couple years older than Victor (Lindelof) so there I've got a fantastic group of centre-backs.

'With Jadon as well, with the young forwards we've got it's exciting. As a manager you can't ask for more backing when you've got these two in as early as we have.

'We've scrambled before towards the end of the window and now I think, I have to say, we're in a good position. Pre-season is always difficult, though, in a championship year, never mind in the pandemic with the quarantining and isolation.'