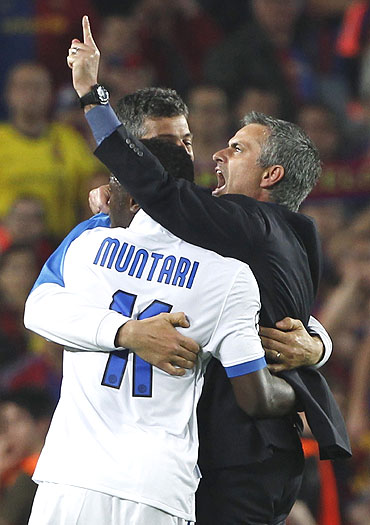 Sir Alex Ferguson is reportedly pondering a move for Inter Milanâ€™s Ghanaian international Sulley Muntari to boost his squad ahead of next season.

The Manchester United boss believes that uncertainty over Jose Mourinhoâ€™s future at the San Siro could help the Premier League club in their attempts in a proposed swoop for the former Portsmouth man.

The 25 year old central midfielder is by no means a first team regular at the Serie A title winners having made just 22 starts out of a possible 53.

He would no doubt welcome a move to Man United, especially if he was guaranteed more of a shot at regular first team football.