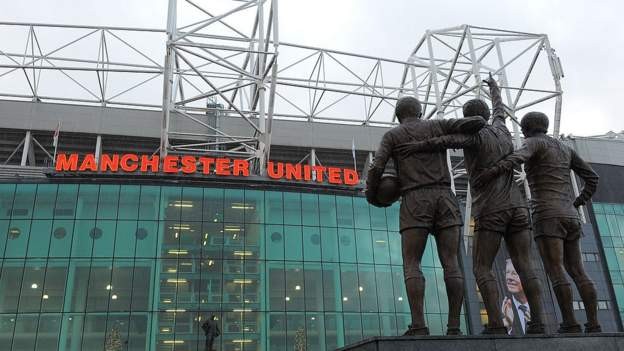 Manchester United's owners sent shockwaves round the globe on Tuesday night when they announced they were "exploring strategic opportunities" for the club, which could include selling it.

For the fans, who have demanded the Glazers leave from the moment they arrived in 2005 thanks to a leveraged buyout that still sees United saddled with a £514.9m debt - and point to over £600m going out of the club on interest and dividend payments - it is what they have been waiting nearly 20 years for.

Yet there is no certainty over what happens next.

United have spent big on transfers and wages but it has got them no closer to challenging for major honours, something they have failed to do since Sir Alex Ferguson retired in 2013.

Why do they want to sell now?

United were already committed to a significant capital outlay on Old Trafford. In April they appointed master planners but a decision is still to be taken over the extent of the changes. Then in September, chief executive Richard Arnold said the club needed to be "disciplined in our capital plans".

In other words, the eventual changes - which range from building an entirely new stadium to tinkering with the current structure - will require external funding.

Given the additional outlook - including increased competition from cash-rich Newcastle, the funds needed to invest in manager Erik ten Hag's squad, Chelsea being sold in the summer for far more than anticipated, and the failure of the European Super League to get off the ground - it does feel like an appropriate time for the Glazer family to test the water in terms of what they could receive by selling the club.

Who could buy Man Utd?

A figure of £4bn has been touted for a period of time as one that might just get the Glazers to the negotiating table. As it turns out, they have come to the table first and are waiting to receive offers.

Realistically, there are not many sources of funds that size. There is no chance of Russian or Chinese involvement, due to the former's invasion of the Ukraine and the latter's government policy.external-link

Saudi Arabia are committed to Newcastle, Qatar Sports Investment would need to sell Paris St-Germain, while Dubai and Bahrain are neighbours in the Gulf region with no comparable investment.

The Glazers missed out on an India Premier League franchise last year, but evidently now have contacts in India, a country where United have an estimated 35m followers and were due to visit as part of their 2020-21 pre-season tour, only for the trip to get scrapped because of the coronavirus pandemic.

Ineos owner Sir Jim Ratcliffe is a United supporter from his youth and has previously indicated a willingness to talk with the Glazers. On Wednesday, the Telegraph reported the 70-year-old is preparing a bid.external-link

However, while extremely wealthy, Ratcliffe is unlikely to be able to complete a deal like this on his own.

Most likely, it will require more American investment. If the Chelsea sale is any guide, given the sums likely to be needed a private equity group will be involved.

Ratcliffe, Red Knights or wildcard - who might buy Man Utd?

What kind of owner would be acceptable for fans?

United fans complained about former chairman Martin Edwards, they complained when he floated the club on the London Stock Exchange and they have certainly complained about the Glazers, who they accuse of taking vast sums of money out of the club at a time when neighbours Manchester City have benefited from massive owner investment.

"Two of my longest Manchester United pals say 'careful what you wish for'," Jim O'Neill, a respected economist and lifelong United fan who was a significant presence in the Red Knights group who tried to buy the club in 2010, told BBC Sport.

"They point out that many people have never liked any owner that United have had.

"One has to be really careful, but it is very complex. United's brand is seemingly never-ending. It has remarkable prestige and someone out there might be prepared to pay the sort of crazy price that will probably get them to sell."

However, the Manchester United Supporters Trust know what they don't want: "The last 17 years has been characterised by debt and decline - on-the-field and off it.

"The vast majority of United fans will agree with the conclusion you [the Glazers] appear to have also reached - it's time for change.

"Fans will want to carefully scrutinise any new prospective owner - most of all we implore them not to repeat the mistakes you did - of alienating the fans that represent the greatest asset of Manchester United."

Manchester United fans break on to Old Trafford pitch to protest against club ownershipHow long will it take?

It is fairly obvious to say 'as long as it takes'. However, that is the reality.

A quick conclusion to this process would no doubt be welcomed. Yet, as with any sale of such magnitude and complexity, until offers start to come in, no-one can know how long it will take to resolve.

It is hard to imagine many individuals being willing to pay huge sums of money without having a significant say in the running of the club. But they might exist, which is why additional new investment as opposed to an outright sale cannot yet be completely ruled out.

Are the Glazer family just wanting to offload to the highest bidder, or are they willing to take into account the background of potential buyers? Do they want the payment up front? Or would they accept instalments?

All these factors can affect the speed of a deal being concluded.

In the meantime, what funding is going to be made available to Ten Hag? After Cristiano Ronaldo's immediate exit was confirmed hours before the Glazer announcement on Tuesday night, it is fairly obvious United need to strengthen their forward line.

Yet it is also clear not many strikers at the right level are available, still fewer in January.

If Ten Hag needs to add to his squad, where will the money come from if there is no certainty over the ownership?

MUST, who only successfully concluded exhaustive negotiations with the United owners over a Fans Share Scheme in August, have made their position clear: "We implore you to move with speed. In football, any sort of hiatus or uncertainty is disastrous.

"If you have decided to sell, we urge you to do it quickly to allow the club to move on without any delay."

There have been regular protests against the Glazers this seasonWill a sale definitely happen?

This is not absolutely certain. O'Neill thinks it will. And if it doesn't, he feels a transformation in the Glazer ownership will be required.

"I think change is now inevitable," he said. "But given the publicity around this statement, if the Glazers can't sell, they are going to have to change pretty dramatically how they preside over United's ownership going forward and introduce some common purpose and culture which goes throughout the whole club.

"The Ronaldo episode is another ridiculous example of how they wanted to run the club."

What about Ten Hag?

Thomas Tuchel didn't last long at Chelsea after the summer upheaval and most new owners like to have a change of manager at some point.

However, the Glazer family did not change Sir Alex Ferguson even though, by his standards, United were not in good shape when they took over in 2005.

In Ronaldo's exit, the club have given Ten Hag massive backing. It would be strange for his status to be questioned in the short term.

And MUST says: "We have a terrific new manager and we can all see recent progress on the field. So, conclude your review process as quickly as possible, identify the best new ownership for the football club.

"Now is the time for change in the best interests of Manchester United."