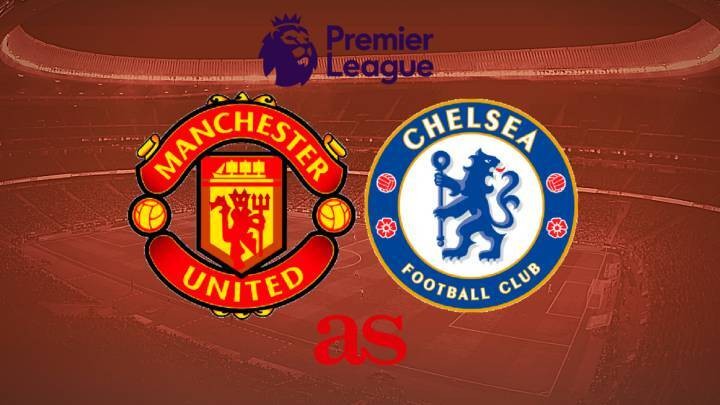 All the information you need to know on how and where to watch Manchester United host Chelsea at Old Trafford (Manchester) on 24 October at 18:30 CEST.

Manchester United vs Chelsea will be one of the star matches of gameweek 6 of the Premier League 2020/21.

Both teams will face off in different moods, since underdogs United surprised PSG again at Parc des Princes on the opening day of the Champions League’s group stage.

Edinson Cavani, who was left at home for the match against his former team PSG, could make his debut with the Red Devils considering that Anthony Martial will serve the second game of his three-game ban following his red card against Spurs.

Whats seems pretty sure is that Bruno Fernandes and Marcus Rashford will be in line for the XI. The Portuguese midfielder was on the scoresheet again midweek to make it 16 goals and 11 assists for the club, while the English striker was, again, the hero in Paris for the Red Devils. He has also scored four goals in his last three games against the Blues.

Mason Greenwood could return after being left out of the last two squads, while Harry Maguire is doubtful. In contrast, Jesse Lingard won’t be available and Paul Pogba could see himself start on the bench.

As for the visitors, Frank Lampard will be able to choose among his players with almost no restrictions: Chelsea just have Billy Gimour and Kepa Arrizabálaga as the only absentees.

Chelsea will need to improve their numbers if they want to stand a chance against United: home and away, the London outfit are conceding an average of 1.5 goals per game with Lampard as coach in the Premier League. Also, the visitors have only won one of their last five games across all competitions.

What time does the Manchester United vs Chelsea match start?

The 2020/2021 Premier League’s match between Manchester United vs Chelsea will be played at Old Trafford (Manchester) and will kick off at 18:30 CEST on Saturday 24 October 2020.

Find out what time Manchester United vs Chelsea gets underway where you are in the world.

The Premier League match between Manchester United and Chelsea gets underway at 18:30 CEST.

Where can I watch Manchester United vs Chelsea?

No matter where you are on the planet, you can see what channel the Manchester United vs Chelsea match is available on here.

Is the Manchester United vs Chelsea game online?

Manchester United-Chelsea is available in most nations through the rights holders’ online platform, if they have one. The best option is to check who is showing the game in your country and if they have an online service or Ios/Android app to watch it on.

For example, in the US you can watch the game on NBCSports.com.