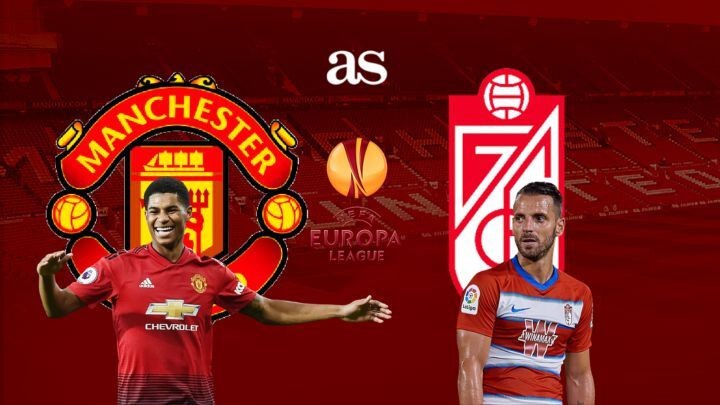 All the info you need to know on how and where to watch Manchester United host Granada at Old Trafford (Manchester) on 15 April at 3pm EDT / 9pm CEST.

Manchester United will try to confirm their place in the Europa League semi-finals against Granada at Old Trafford after a valuable 0-2 win in the first leg in Spain.

One week ago, Marcus Rashford and Bruno Fernandes scored the two goals that put the Red Devils halfway to the final four of the competition.

United are the favorites to win the tournament and since being knocked out of the Champions League by Leipzig, the English side have proven they are taking the Europa League very seriously.

United are on an eight-game unbeaten streak on home soil. Moreover, they have gone through on all 21 occasions when they have won the first leg of a European tie away from home.

Meanwhile, Granada have lost the initial good form that led them towards the top of La Liga in the first half of the season. The Andalusian outfit had failed to win any of their last five encounters away before beating Valladolid last weekend.

Diego Martínez’s men, who upset Napoli in the previous round, are sitting eighth in the Spanish league standings, with 13 defeats in 30 games.

The situation for United in the Premier League is much more promising and they are in second place, with 63 points, behind only leaders Manchester City.

Luke Shaw, Scott McTominay and Harry Maguire picked up bookings in the first leg and they are suspended for the second leg.

Meanwhile, Eric Bailly remains sidelined with coronavirus and Anthony Martial and Phil Jones are suffering long-term injuries, but the good news is that Daniel James is fit again despite missing the win at Tottenham through injury.

Eric Bailly has travelled back to Manchester and won’t play against the Spanish outfit, but Juan Mata has been training well and is ready to play. Young defender Will Fish has been added to the squad.

As for Granada, Domingos Duarte is injured and looks set to be replaced by Germán Sánchez, while Yan Eteki’s spot could be taken by Yangel Herrera or Maxime Gonalons.

Luis Milla and Neyder Lozano are still injured and will miss out. Roberto Soldado is back from a domestic ban and will be one for United's backline to keep an eye on.

What time does the Manchester United vs Granada match start?

The 2020/2021 Champions League quarter-final first leg between Manchester United and Granada will be played at Old Trafford (Manchester) and will kick off at 3pm EDT on Wednesday 7 April 2021.

Find out what time Manchester United vs Granada gets underway where you are in the world.

Where can I watch Manchester United vs Granada?

No matter where you are on the planet, you can see what channel the Manchester United vs Granada match is available on here.

Is the Manchester United vs Granada game online?

Manchester United-Granada is available in most nations through the rights holders’ online platform, if they have one. The best option is to check who is showing the game in your country and if they have an online service or iOS/Android app to watch it on.

For example, CBS Sports Network has the rights of the Europa League for the US and you can watch the games on CBS All Access.

You can also follow our live text commentary, with all the key statistics, here on AS English. We will be building up to the match throughout the day and will provide minute-by-minute coverage as it unfolds.