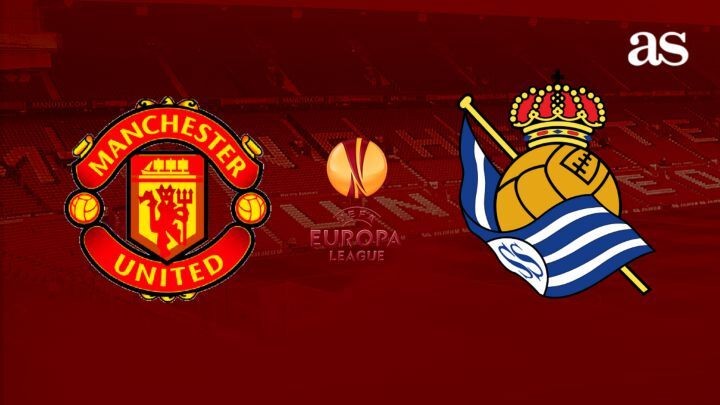 All the info you need to know on how and where to watch the Manchester United vs Real Sociedad UEL match at Old Trafford on 25 February at 21:00 CET.

Manchester United are virtually in the Europa League round of 16 after demolishing Real Sociedad one week ago in their first match (0-4), but now the ‘Red Devils’ need to confirm it in a second leg encounter that will be played at Old Trafford.

Ole Gunnar Solskjaer’s men haven’t lost in their last seven matches across all competitions and they sit second in the Premier League, tied with Leicester, with 49 points in 25 games, 10 points behind leaders Manchester City.

United a 'goal machine' at home

Putting aside the fact that a Real Sociedad comeback already seems a miracle, there are some stats that suggest the Basque outfit may struggle to get any kind of positive result on English soil: United have failed to score only once in their last 11 matches at home, finding the back of the net at least three times in their last four at Old Trafford.

Basques confident they can get a good result

Meanwhile, Real Sociedad started the season in an impressive way and together with Atlético Madrid were one of the teams to beat in LaLiga. Later on though, they lost their winning flow and dropped some positions.

However, they haven’t lost in their last four league games, winning three of them, the last one 4-0 against Alavés last weekend. Imanol Alguacil’s men are currently fifth with 41 points in 24 matches, seven behind Sevilla, in fourth position.

Solskjaer to make some changes

Solskjaer won’t be able to call upon Paul Pogba and Phil Jones yet, while Scott McTominay, Edinson Cavani and Donny van de Beek, all injured, will also miss the second leg.

Due to their massive lead, Solskjaer will probably make some changes in the starting XI, meaning Dean Henderson, Brandon Williams, Nemanja Matic and Juan Mata could feature from the start.

Eric Bailly or Axel Tuanzebe could take Harry Maguire’s spot, as United’s captain is one yellow card away from a suspension. Amad Diallo and Shola Shoretire will both be in the squad. In-form Marcus Rashford and Bruno Fernandes could be rested.

Le Normand and Zaldua out for the visitors

As for the visitors, Robin Le Normand is banned for an accumulation of bookings and Joseba Zaldua was taken off with a hamstring injury against the English outfit. He will be replaced by Andoni Gorosabel, while Le Normand's spot will be for Modibo Sagnan.

Portu, Alexander Isak and Mikel Oyarzabal will probably be the chosen ones in the attacking line, meaning former United player Adnan Januzaj will not be included in the starting lineup.

What time does the Manchester United vs Real Sociedad match start?

The 2020/2021 Europa League match between Manchester United and Real Sociedad will be played at Old Trafford (Manchester) and will kick off at 21:00 CET on Thursday 25 February 2021.

Find out what time Manchester United v Real Sociedad gets underway where you are in the world.

Where can I watch Manchester United vs Real Sociedad?

No matter where you are on the planet, you can see what channel the Manchester United vs Real Sociedad match is available on here.

Is the Manchester United vs Real Sociedad game online?

Manchester United-Real Sociedad is available in most nations through the rights holders’ online platform, if they have one. The best option is to check who is showing the game in your country and if they have an online service or iOS/Android app to watch it on.

For example, CBS Sports Network has the rights to the Europa League for the US and you can watch the games on CBS All Access.