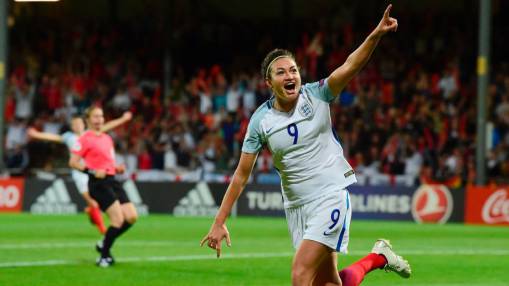 Watch as the Netherlands women revel in being crowned European champions for the first time in their history.

United have been criticised for being the only Premier League club without a women's team at some level, while Arsenal, Chelsea, Everton, Liverpool and Manchester City are among the 10 member clubs of the Women's Super League.

Barcelona, Bayern Munich, Lyon, Ajax, Sporting Lisbon, Atletico Madrid and Fiorentina all have women's teams that participate in the Women's Champions League. Real Madrid are reported to be in the process of starting their own women's team having previously not been involved.

Popularity of the women's game is increasing in England, with the national team reaching the semifinals of the European Championship this month before losing to hosts and eventual winners Netherlands. The FA is to bid to host the finals in 2021.

United's failure to embrace the women's game has led to criticism, but Glenn believes their stance will change.

"Half the population is female and they like football. Getting them on board is a good commercial thing to do, as well as the right thing to do," Glenn said. "We think the Women's Super League is going to continue to attract clubs into it.

England's women reached the semifinals of the European Championship.

"I understand that Manchester United, a few years ago, said that they might change their minds as the league continues to grow. They're a smart organisation and the incentives for competing in the Super League are going to continue to grow.

"So, I think they'll, in time, figure out it's in their interest to do it."

A Manchester United spokesman echoed Glenn's comments in a statement, saying: "We continue to monitor the situation and will make a decision when the time is right."