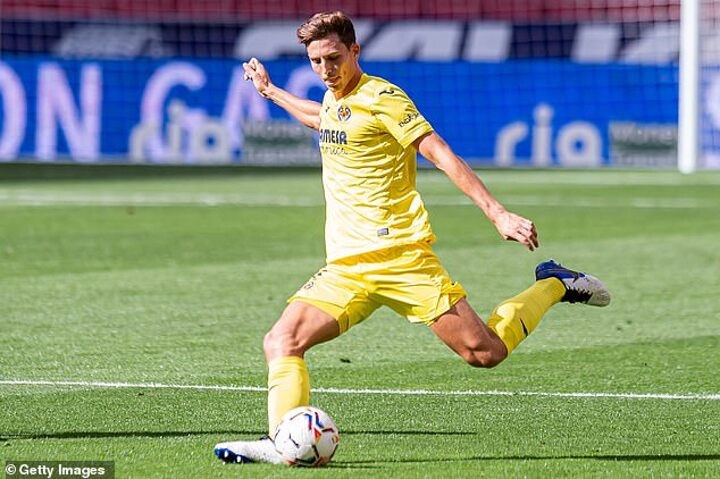 Manchester United reportedly want to sign Villarreal defender Pau Torres, but have been quoted a fee of £43 million to complete a deal for the 24-year-old.

Torres has established himself as one of Europe's most promising centre-backs over the past two seasons, and has attracted interest from around the continent.

According to AS.com the Red Devils have made signing the Spanish international a 'priority', but Villareal will not sell for less than his release clause.

However, the fee for the imposing central defender is set to rise to £56m in the final 15 days of the transfer window.

Torres is a mainstay of Unai Emery's side and they're not considering the possibility of selling him this summer.

The LaLiga side are under no pressure to sell as his contract runs until the summer of 2024.

Real Madrid also retain an interest in Torres and reportedly made contact with Villareal months ago to enquire about his situation.

Torres has made 27 appearances in LaLiga this season, scoring two goals.

He made his debut for the Spanish national team in 2019 and has gone on to win seven caps.

Manchester United have made no secret of their desire to sign another centre-back to partner Harry Maguire.

The Red Devils have played both Eric Bailly and Victor Lindelof alongside the England defender, but both have failed to establish themselves in United's first team.