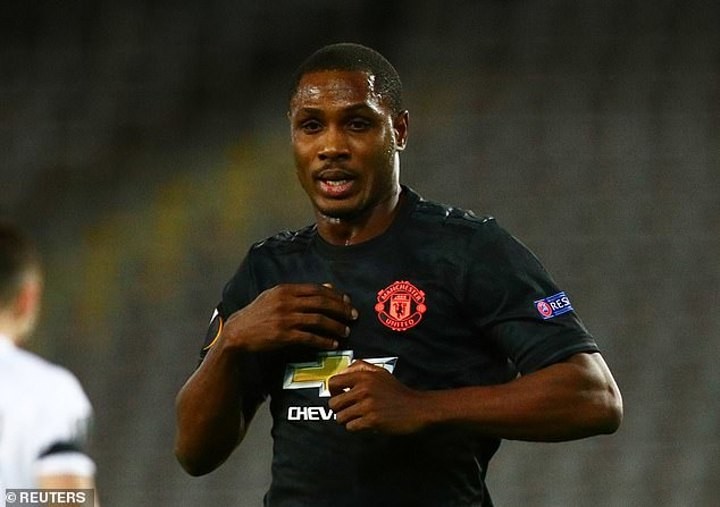 Manchester United have hit a brick wall in their attempts to extend Odion Ighalo's loan deal with just a week to go before it runs out.

Shanghai Shenhua have rejected United's requests to keep Ighalo at Old Trafford for another three months and are demanding that the Nigerian striker rejoins them to prepare for the start of the delayed Chinese Super League season.

Unless United can make a late breakthrough in talks, Ighalo will return to Shanghai when his loan ends a week on Monday having played his last game for Ole Gunnar Solskjaer's side.

The 30-year-old, who resumed training with the rest of the United squad at Carrington last week, would prefer to finish the season in England after impressing with four goals in eight games before the coronavirus shutdown.

But Shanghai have the final say and are determined to get Ighalo back, having offered the former Watford player a two-year contract extension until 2024 on improved terms of £400,000-a-week.

United paid a £3m loan fee for Ighalo at the end of January and have also been contributing £130,000 to his weekly wages, even though they haven't played in two-and-a-half months.

Having initially taken him on loan until May 31, they want to keep Ighalo until the end of August when the season is now expected to finish, but Shanghai have refused to budge in negotiations.

Despite speculation the Chinese club are prepared to sell him for a fee in excess of £20million, a permanent deal has not been discussed.

It couldn't go through until the start of the delayed transfer window regardless, which is expected to be open from August until October.

United's needs have also changed since they signed Ighalo three months ago to replace Marcus Rashford who has since recovered from a double fracture in his back.

It's not the way that Ighalo, a boyhood United fan who scored a stunning volley in what may prove to be his final game for the club against LASK Linz in March, would have wanted to leave.

But having been unable to train at Carrington for the first two weeks at United due to health and safety concerns surrounding his move from China, the striker's short stay looks like reaching an equally unsatisfactory conclusion.