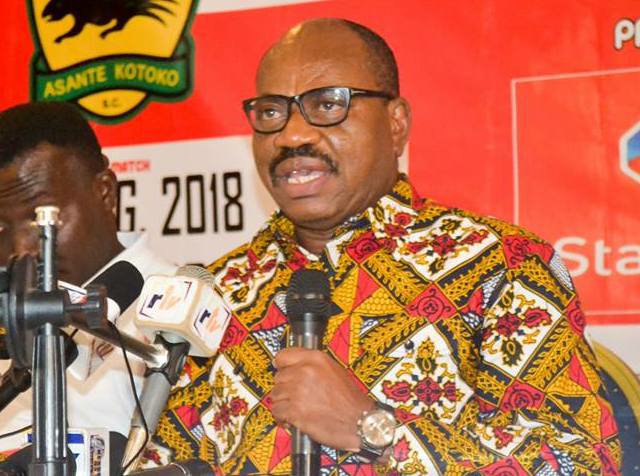 Mr. Amoako was relieved of his position three weeks ago following the dissolution of the management of the club after the appointment of a new board of directors.

The Ghana FA Executive Council member has been in the news recently as he publicly demanded his owed entitlements.

Kwame Aboagye Mensah, special assistant to the Chief of staff of the Manhyia Palace speaking to Mabesh TV revealed the Palace is unhappy with the way Mr. Amoako handled the issue.

"Manhyia Palace is not happy with the way George Amoako has handled the issue of his salaries in arrears, this issue has damaged the the reputation of the club and for that matter Manhyia," he said.

"He could have done that in a proper manner,it doesn't augur well at all."

"We are displeased with the way he has handled it, we are not happy with him. He could have written to Prof. Lydia Nkansah- committee and it would have settled the issue."