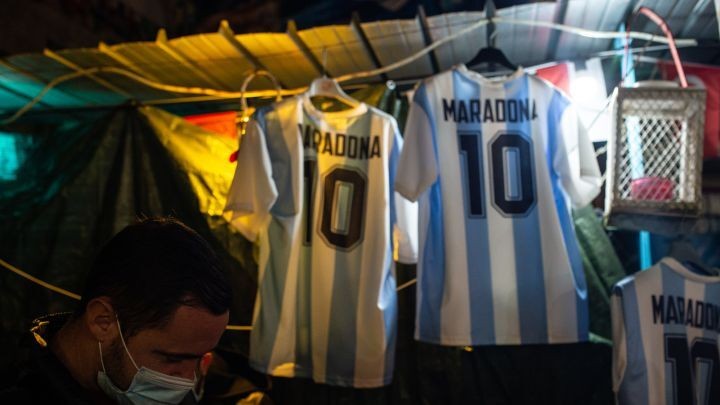 The last time Diego Armando Maradona scored during a World Cup was when the tournament was held in the United States in 1994.

The sports world is mourning the death of Diego Armando Maradona who died at the age of 60 on Wednesday. Without a doubt he is one of the best footballers of all times and many would argue he is the best. His legacy on and off the pitch will be remembered forever and pass through generations, especially what he did for the Argentina football national team.

The last World Cup Diego Maradona played was in 1994 and in that year the United States hosted the most popular and important event in football. Argentina was one of the top contenders to win the trophy because they had the best player of the era, Maradona.

In that year Argentina’s first game of the group stage was against Greece. The game was held at the Foxboro stadium in Massachusetts, now the Gillette stadium, and Argentina got the three points with a hat-trick from Gabriel Batistuta and a single goal from Maradona.

It was the 60th minute when the No 10 scored with his left foot and he celebrated with the same passion he did when he scored his first goal. Unfortunately, four days later he was banned from the World Cup because he tested positive for using the banned drug ephedrine.

That was the last time Diego Armando Maradona scored a goal with Argentina in a World Cup. He scored a total of 34 goals with the national team and he was a key player when they lifted the trophy in the World Cup in Mexico in 1986.