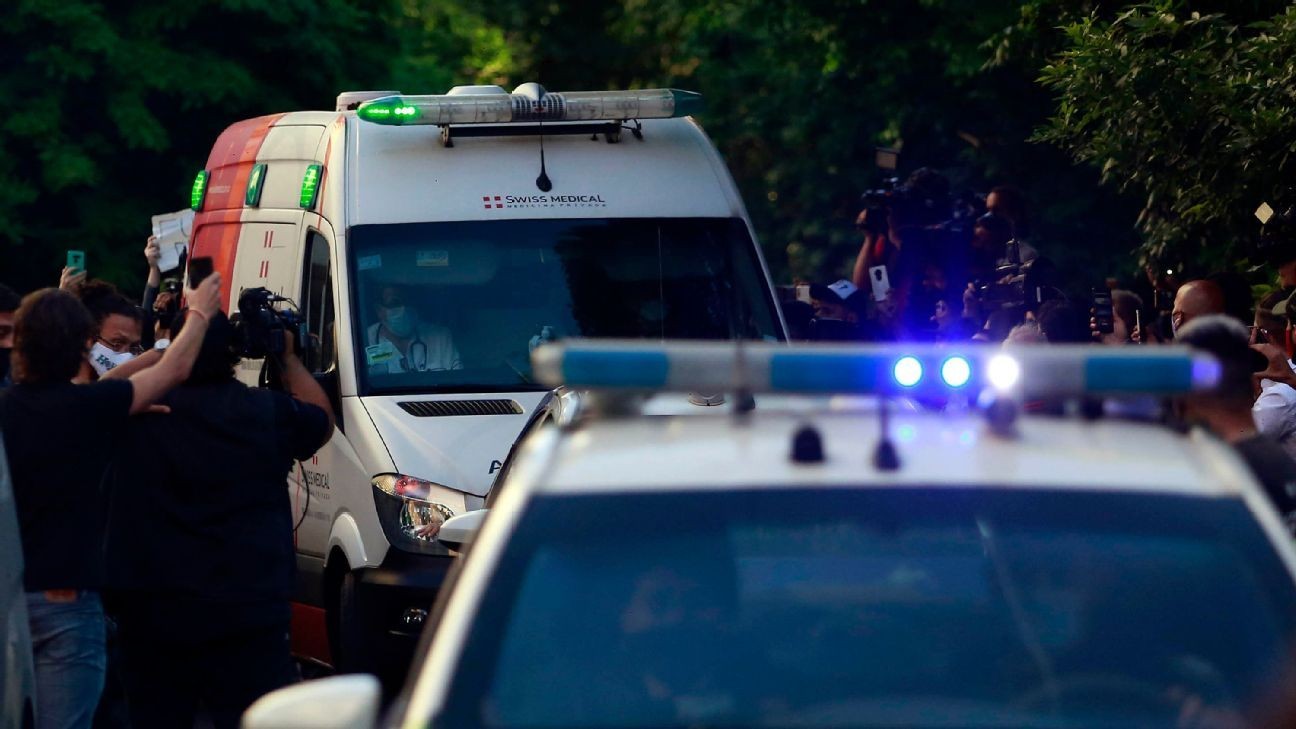 Diego Maradona's lawyer and agent Matias Morla has requested an investigation be launched over the time it took an ambulance to arrive at the Argentina legend's home.

Maradona died on Wednesday from a heart attack. He was 60.

Six ambulances reportedly arrived to the Country Club San Andres, a private residential estate in the outskirts of Buenos Aires where Maradona was residing since leaving hospital two weeks ago following brain surgery, but attempts to revive him failed.

In a statement, Morla said that according to the report made by San Isidro district attorney's office, the ambulance took "more than half an hour" to arrive to the house, which he called a "criminal idiocy" and called for action.

"This fact cannot be overlooked and I'm going to ask for an investigation to look into it until the end," Morla added.

"As Diego would say, you are my soldier, act with pity."

Thousands of Argentinians honoured Maradona on Thursday at a public wake held at the Casa Rosada's presidential palace in Buenos Aires.

Fences were erected along the major avenues in the vicinity of the Casa Rosada to prepare for the flood of visitors wanting to pay their respects to the former Barcelona, Boca Juniors and Napoli star.

Maradona's casket was covered with the country's flag as well as Argentina and Boca jerseys.

"Today is a day of profound pain, sadness and reflection," Morla said. "I feel in my heart the departure of a friend, who I honoured with my loyalty and my accompaniment until his final days."