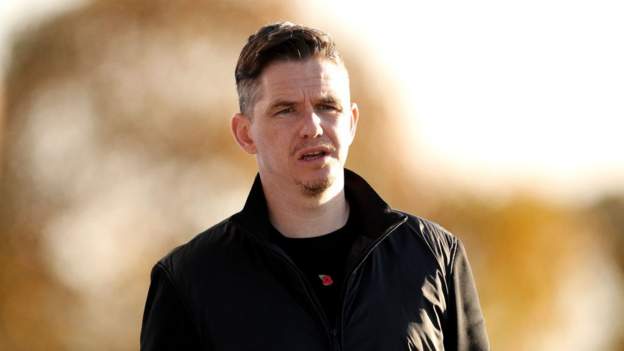 Manchester United boss Marc Skinner does not think player-coach relationship should happen in women's football because they "blur lines".

BBC Sport has been told that personal relationships between coaches and players still exist in the top two tiers of English football.

That has caused concern in the game, while the Football Association says they are "not advised".

"It's part of the ethics of a coach," Skinner told BBC Sport.

"I'm not here to judge anybody else. But from my perspective, no, I don't think [it should happen] because of course there's blurred lines.

"How do you keep your objectivity if you attach the emotional state to a relationship, for example.

"I know it happens and I know it has happened prior. But I don't know anybody else's situation."

Skinner met his now wife, former England international Laura Bassett, while he was a coach at Birmingham, but he "refused" to become the assistant coach while she played there because he "didn't feel it was ethical".

Global players' union Fifpro told BBC Sport that player-coach relationships can create "power dynamics" which can be "exploited" in a team and believes better education and frameworks are needed for players to report concerns.

Skinner said he would welcome more education which addressed the specifics of the women's game and says he "sets clear boundaries" with his players based on his teaching background.

"It's always about setting boundaries, and telling the players those boundaries. For example, I don't do social events with players, you just can't do stuff like that. But that's just me and those are my ethics, my values and how I believe that a coach should interact.