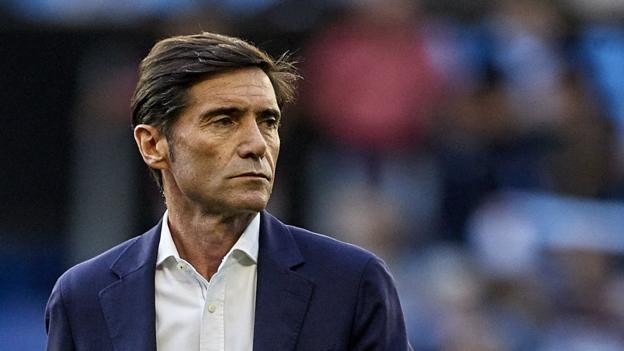 Valencia have sacked manager Marcelino and have replaced him with former Real Madrid assistant Albert Celades.

The 54-year-old joined the club in 2017 with the La Liga club having recorded back-to-back 12th-placed finishes.

"The club wants to thank you for your work and dedication during your time with the club and wish you the greatest success for the future," the club said.

In his two seasons with the club, Marcelino led Valencia to fourth place and qualification for the Champions League.

The former Sevilla and Villarreal coach went on to win the Copa del Rey with the club last season, bringing them their first major trophy for 11 years.

Prior to the international break, Valencia drew at home to Real Sociedad and were lost to Celta Vigo before beating Real Mallorca 2-0.

Valencia face Chelsea in their opening game of the Champions League on Tuesday after a repeat of last season's Copa del Rey final on Saturday when they play Barcelona.