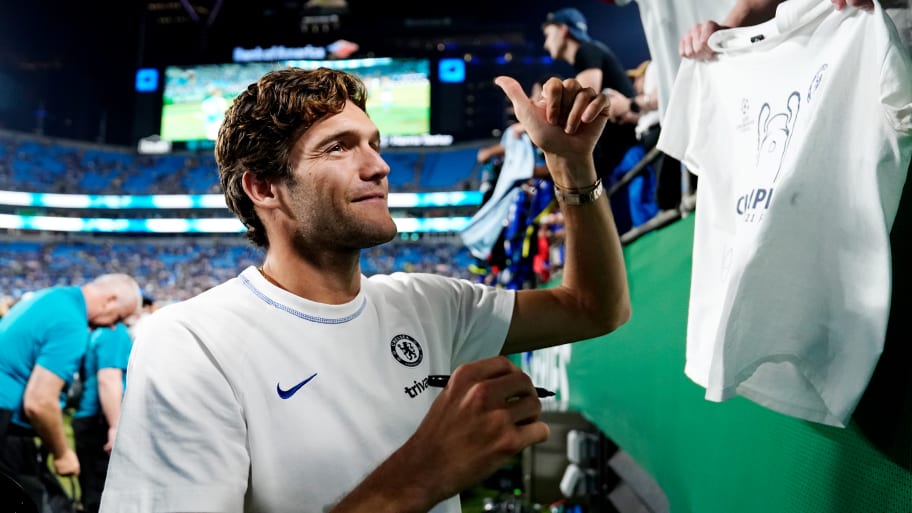 Marcos Alonso was omitted from Chelsea's squad to face Everton amid speculation over his future at Stamford Bridge.

Thomas Tuchel's side travelled to Goodison Park in their Premier League opener on Saturday, with Alonso among the absentees from the final squad list.

90min previously revealed that Barcelona were confident of reaching an agreement with Chelsea for the Spaniard's signature.

TheCatalan outfit recently failed in their pursuit of Cesar Azpilicueta, with the Chelsea veteran signing a new two-year deal at Stamford Bridge to end speculation over his future.

Alonso has just a year remaining on his deal at Chelsea and Tuchel is prepared to sanction his departure should the right offer arrive. An agreement has already been struck on personal terms between Barcelona and the player.

The Blues have been active in the transfer market this summer, with Marc Cucurella having recently arrived from Brighton for a fee in excess of £60m.

The Chelsea boss also confirmed that the club are seeking to add another central defender after missing out on a deal for now Barcelona defender Jules Kounde.

"Maybe we bring one more player, maybe not," said Tuchel. "Still, we have Malang Sarr with us and Ethan Ampadu still with us.

"We have options but at the same time, we know how many games are coming. So let’s see if we can sign a player."

This article was originally published on 90min as Marcos Alonso left out of Chelsea squad as Barcelona move nears.