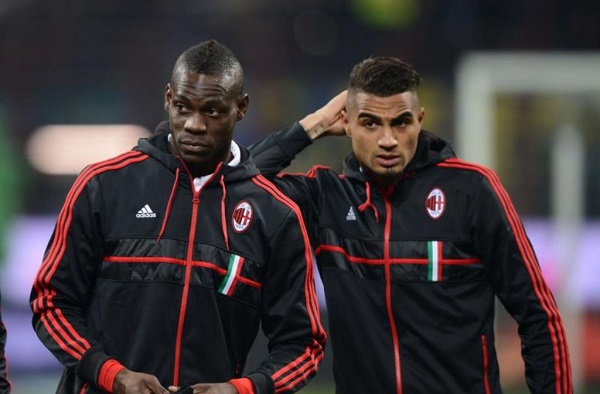 Italian forward Mario Balotelli is set to reunite with Kevin-Prince Boateng at Serie B side Monza.

The 30-year-old has been training with the side chaired by Silvio Berluscon.

He was linked with a move to either Vasco da Gama or Burnley but that will not take place as he inches closer to a move the Serie B side.

Balotelli will reunite with former AC Milan teammate Kevin-Prince Boateng, who joined the side at the start of the season.

The two Ghanaian players were influential for Milan as they clinched the Serie A in the 2012-13 season.

The striker is expected to put pen to paper this week after undergoing a medical examination today (Monday) December 7, 2020.

The former Inter, Milan and Nice striker  will be handed a six-month contract after the end of his brief spell with Brescia where he reportedly missed training sessions in June and July.