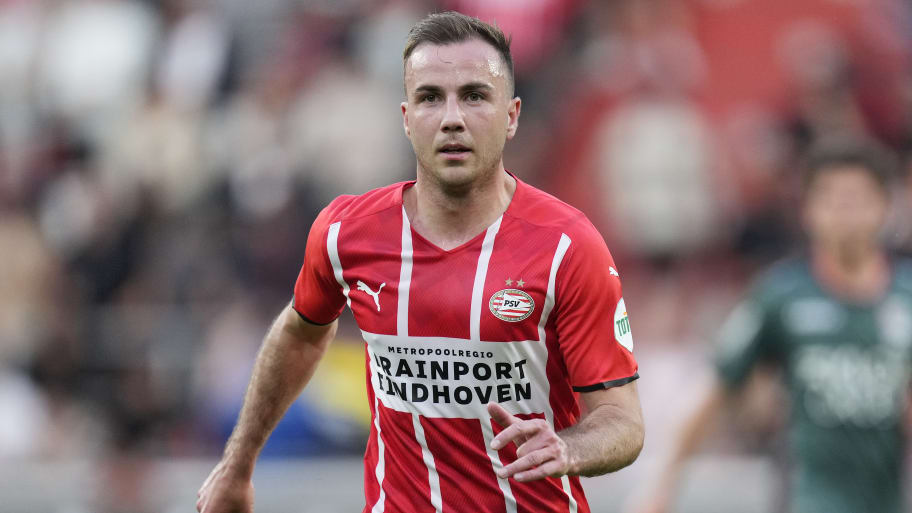 After trophy-laden spells with Bundesliga giants Borussia Dortmund and Bayern Munich, Gotze joined Dutch side PSV Eindhoven in October 2020. He's since notched 18 goals and 18 assists in 77 appearances across all competitions, earning a contract extension through 2024 last year.

But Gotze has a €4m release clause in his deal, with the likes of Benfica and Eintracht Frankfurt looking to sign him, according to reports.

90min sources have confirmed that multiple MLS clubs have expressed interest in Gotze over recent months, including Inter Miami who have an open Designated Player spot to fill.

Fabrizio Romano and MLSsoccer.com's Tom Bogert reported on Saturday that the Herons have already held talks with the 30-year-old. 90min can confirm talks have taken place, but the situation remains fluid with so much interest in Gotze.

What would Gotze bring to MLS?

Though he's struggled with fitness issues over his career, Gotze would bring incredible experience and pedigree to Major League Soccer.

The attacking midfielder has won league and cup titles in Germany and Netherlands with Bayern, Dortmund, and PSV - most recently winning the KNVB Cup this season. In league play, Gotze has 66 goals and 71 assists to his name in 278 appearances.

At international level, Gotze picked up 63 caps for Germany between 2010 and 2017, famously scoring the winning goal against Argentina in the 2014 World Cup final - one of 17 strikes for Die Mannschaft.

This article was originally published on 90min as Mario Gotze: Inter Miami in transfer talks with PSV Eindhoven & Germany star.