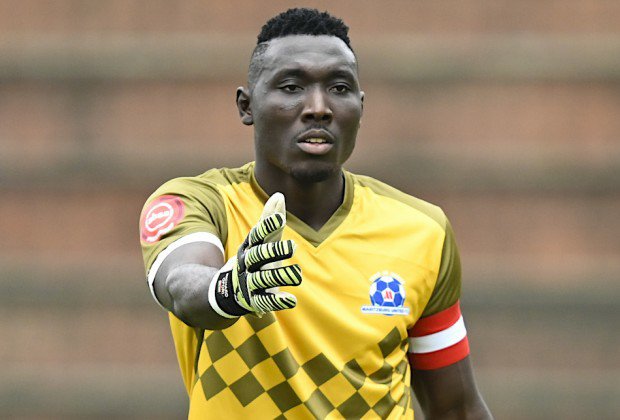 Maritzburg United have started preparing for life without top marksman and skipper Richard Ofori as they look for his replacement.

Ofori is expected to switch camp in the summer with interests from giants Orlando Pirates and Mamelodi Sundowns.

Belgian side KAA Gent are also believed to be weighing the option to sign the Black Stars goalkeeper.

Maritzburg trainer Eric Tinkler has initiated a search for a young goalkeeper to fill the void should Ofori leave the club.

"They want someone who will grow with the team and who will blend in easily. A big-name keeper could be problematic in that they might demand to start because of their name but a youngster will want to make a mark and work for his chance. A younger keeper also blends in easily because there is unlikely to be egos involved." A close source told South African newspaper Phakaaathi.

"The coach is looking at Bruce Bvuma to replace Ofori, he is 24 and top class though he has not gotten much playing time at Kaizer Chiefs."

Ofori has been an outstanding performer in the South African league and is in the run for the best goalkeeper of the season award.

The former Wa All Stars shot stopper has kept 10 clean sheets and is one short of Ronwen Williams who has most in the season.

Ofori's heroics has also seen the "Team of Choice" to be the second team with the least number of goals conceded this campaign.