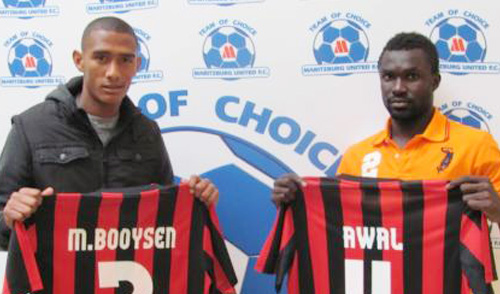 Maritzburg United have unveiled Ghanaian defender Awal Mohammed ahead of the start of the South African Premier Soccer League this weekend.

The 24-year-old centre-back has been signed as a replacement for Senegalese Mor Diouf who was sold to Supersport United.

He joins compatriot Frank Sarfo Gyamfi who moved from Ghana Premier League side Wa All Stars in July.

Awal began his career at the Gomoa Fetteh Feyernoord in Ghana before signing for Asante Kotoko in November 2010.