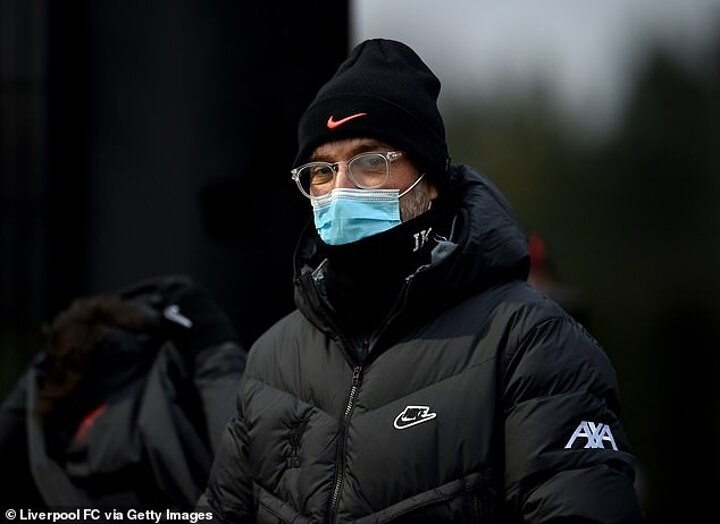 Jurgen Klopp says he 'does not have the skills for mind games', after he responded on Friday to my column from Thursday's Sportsmail.

So that will be the same Klopp who stands and stares at the opposition warming up before the game?!

He knows what he's doing, he's incredibly smart, it's why he's one of the best managers we've had in the Premier League.

Klopp once tried to stare me out before a match. That's fine, he has a presence and an aura that he uses for the benefit of his team.

But the point I made on Thursday was that, by Klopp referencing the amount of penalties Manchester United have won in comparison to Liverpool, I believe he was trying to get inside the head of the referee ahead of Sunday's huge game at Anfield.

I remarked how not since Sir Alex Ferguson had we seen such blatant mind games. Klopp denies this and said: 'I am not Sir Alex'.

But then why did he mention United's penalties so specifically? I don't know if he was accusing United's players of diving or if he was suggesting they got favourable decisions. Only he knows his motivation.

I also think he is getting prickly because of Liverpool's recent form. I've seen it before with him, he's not a good loser. Ferguson wasn't, either. They are more alike than he perhaps realises.

But I was disappointed, if not surprised, by the reaction of Liverpool's supporters and their former player Didi Hamann to what I'd said.

The way they interpreted my column was to suggest I'd said there was a refereeing 'bias' towards United. I did not, because there isn't and never has been.

I never used the word 'bias' anywhere. There used to be an 'aura' around United when Ferguson was there, yes. But that does not exist anymore. In fact, there is more of an aura around Klopp and Liverpool than there is United and Old Trafford.

United, under Ferguson, would try to intimidate you. They'd send players in one by one - Rio Ferdinand, Roy Keane, Gary Neville - it was a tactic to influence the next decision, not the one that had just gone.

As a referee I was wise to that. But you had to be strong. The point I was making is that Klopp is wrong if he believes referees feel that intimidation now. They don't.

Klopp also said: 'When people like Mark Clattenburg are speaking the way they speak, it always says much more about them than it could ever say about me. So if he would be in my situation he would obviously play mind games.'

Would I play mind games? Sure I would, it's about winning. Klopp knows that, just like Ferguson did.