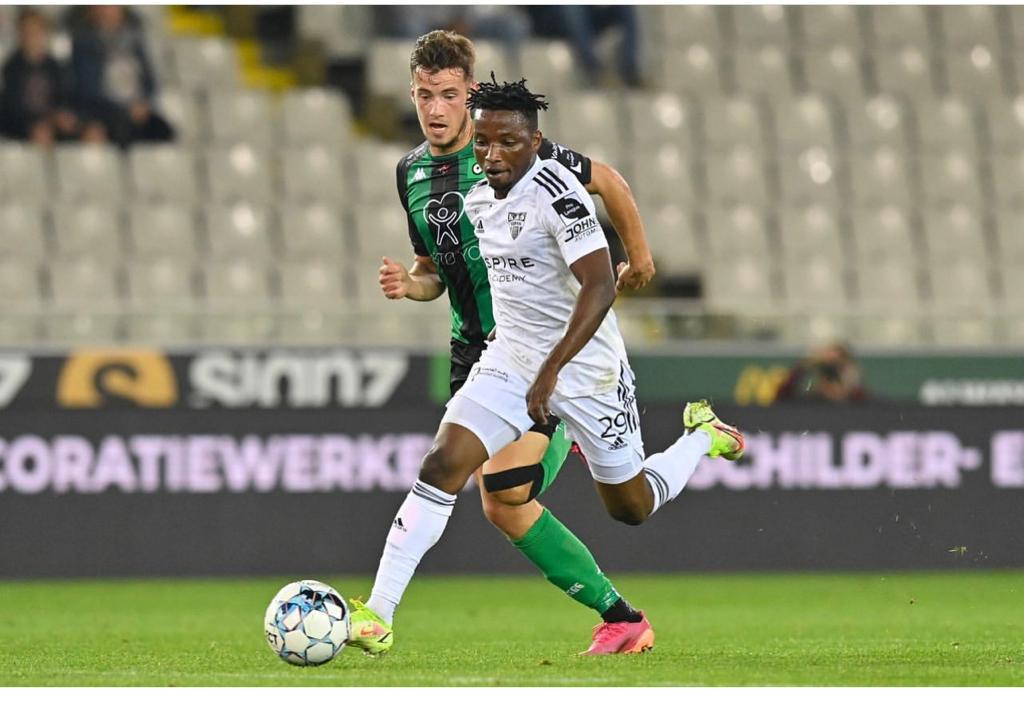 The Ghanaian youngster who began his career at the Aspire Academy before joining Belgian side Eupen last season, has been watched on several occasions with positive reports from the French top-tier club.

Top scouts across Europe have been keeping close tabs on the Ghanaian winger Nuhu, who has made a big impression this season.

He scored a hat-trick against Schalke 04 in a practice game during the international break.

Isaac Nuhu has made seven appearances out of eight games this season helping Eupen to be on the fourth position in the ongoing Belgian top tier.

Interested clubs send scouts to watch the 19-year-old in action in Eupen next league match against Beerschot VA in the Belgium Jupiler Pro League.

A host of clubs across Europe have been keeping tabs on the Eupen star, with Villarreal, Borussia Monchengladbach and Lille enquiring about his availability to bring in quality that would make him relatively cheap given the inflated state of the market in the COVID-19 period.

And with Marseille possibly needing to add a winger to the team, that would provide extra incentive to get a deal done.