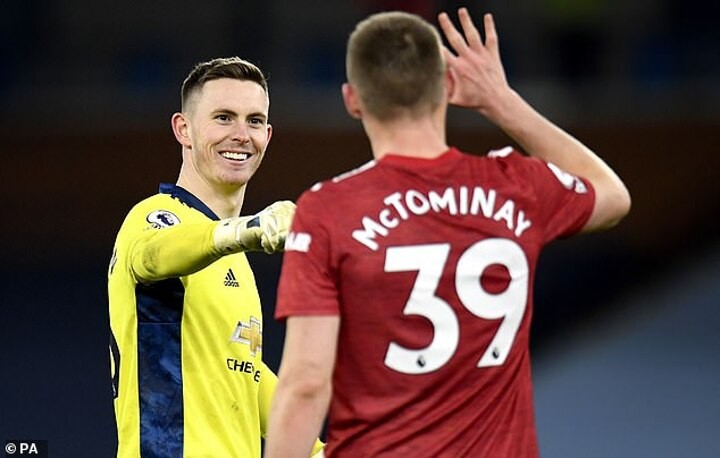 Goalkeeper Dean Henderson had the ball in his hands and Manchester City’s trap was set. If Henderson played it to anyone around the box, City’s players were ready to pounce and press.

No Premier League side have won possession in the final third more than Pep Guardiola’s men this season.

Recognising that danger, Henderson cut out City’s press entirely by throwing the ball over the top of it and into Luke Shaw’s path.

He travelled at great speed from his own half towards the opposition box, played a one-two with Marcus Rashford, and made it 2-0.

This was a professional performance from United and the timing of both goals was so important. Their first, scored inside two minutes, filled the team with extra energy as they went back to creating a barrier between the hosts and their goal.

City, having not trailed in a league match since November, tried to respond and the visitors suddenly had more space to counter into.

Dan James deserves a special mention as someone who can stretch sides superbly.

United’s second goal then gave them the daylight they craved.

This proved Ole Gunnar Solskjaer’s players are good enough to beat the best. If they had been this effective against the Premier League’s lesser sides, maybe we would have had more of a title race on our hands as we enter the run-in.