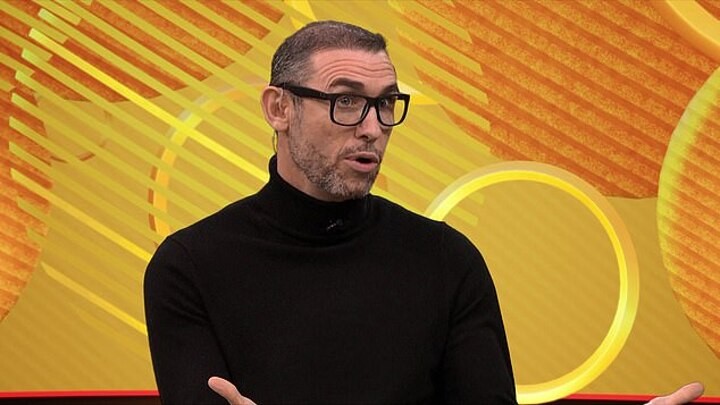 Martin Keown feels Manchester United must seize their moment at Anfield on Sunday, if they are to have any hope of winning the Premier League title for the first time since Alex Ferguson's final season in 2013.

Ole Gunnar Solskjaer's side head to Merseyside knowing victory will put them six points clear at the summit of the division, with Liverpool currently in a vulnerable position after a spate of injuries across the back line.

Speaking on Saturday ahead of the clash, Keown told BBC's Football Focus that United will never have a better opportunity to target 'wounded animal', but admitted he still feels Jurgen Klopp's men will go on to retain their title.

Keown said: 'This is their moment now, Manchester United.

'[It was] 13 league titles Sir Alex Ferguson won but this [Solskjaer] is one of his star players, albeit from the bench, he knows what it is to win.

'Liverpool are a wounded animal at the moment, [Virgil] Van Dijk and [Joe] Gomez out, its their Achilles heel.

'They're probably going to go for pace [against Liverpool] because that's their weakness now.'

Keown admitted however that the Premier League is so tight right now, that many shifts and changes could occur in the coming weeks, including a refreshed charge from Pep Guardiola's Manchester City.

He added: 'The door is wide open, United have to go through that and City are watching and will have something to say about that.

'I still think Liverpool will win the league but they [United] have the chance now.

Liverpool have a hugely impressive home record on their side, having not lost a single league home fixture at Anfield since Crystal Palace left with all three points in April 2017.

Keown's fellow pundit in the studio, former England international Alex Scott, was more pragmatic with her predictions and outlined that the turbulent season has already had the likes of Tottenham and Chelsea billed as potential title winners.

She said: 'There's only around four points separating the top places. I don't think at the moment man united fans will be getting carried away because there is so much yet to happen.

'We've seen Tottenham tipped and Chelsea up there at points this season.'

Liverpool's game with United will be swiftly followed by City facing Crystal Palace on Sunday evening, with Guardiola's side set to leapfrog into second place with a victory should Klopp's men fail to win at home.