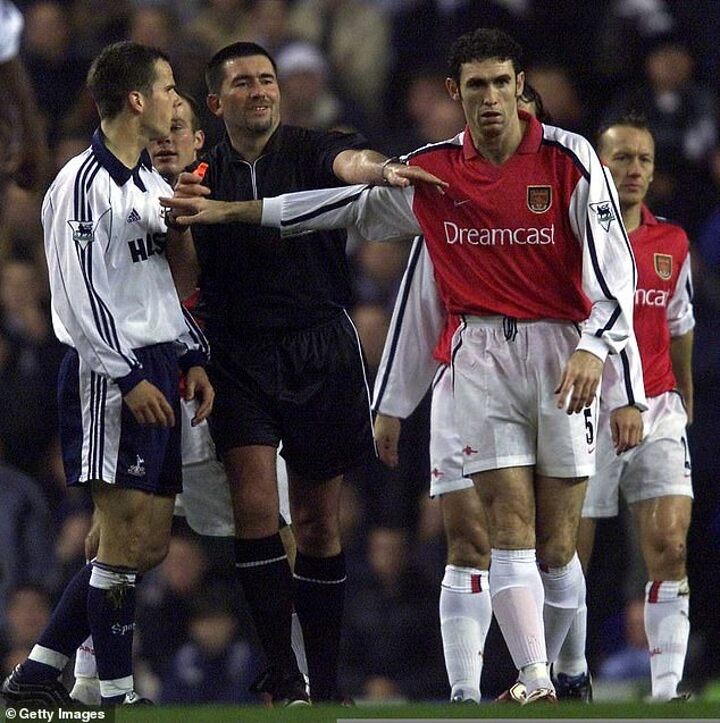 This game is in my blood. The North London Derby used to be about Tottenham trying to stop Arsenal from winning things. That gap has shrunk ahead of Sunday's 57th Premier League meeting between the two.

But no matter what level these two clubs are at, this has always been an incredibly competitive clash.

Even in my youth, the coaches would get us in to do extra work because they wanted to win so badly.

Beating Tottenham would resonate through the club and its importance was ingrained in us early. I was fortunate that I could detach myself and not get caught up in it all.

I was the biggest hothead at Arsenal but went into these games possibly the calmest player on the pitch. I lived out of the area in Oxfordshire so wasn’t faced with fans telling me I’ve got to win this match daily.

My first taste of this derby came on New Year’s Day, 1986, on a frozen pitch at Highbury. Arsenal’s undersoil heating wasn’t working properly and it was a struggle to stay on your feet.

We wore boots with special studs, which were like nails surrounded by leather bands.

I lived in digs that were closer to White Hart Lane than Highbury and my landlord, Charlie Heathorne, was a big Tottenham supporter. He always spoke so fondly about Spurs, the beautiful football they played and their great players of yesteryear. I’d listen respectfully.

I was in the other camp but he instilled in me how much a supporter can love a club and how much this derby mattered.

My youth coach Terry Burton used to send me to watch Spurs occasionally – to study their defenders and sample the atmosphere. I could watch Arsenal one week, and Tottenham the next.

I still remember seeing Graham Roberts barge Charlie Nicholas over the advertising boards. That drove home the ferocity of this fixture and set the tone.

I wasn’t nervous ahead of my first appearance against Tottenham in ‘86. In the month before, we’d beat Liverpool 2-0, and won 1-0 at Old Trafford.

The previous night, it was New Year’s Eve and I was rooming with Niall Quinn. We set an alarm clock for midnight to wish each other a Happy New Year!

In the end, on a pitch that resembled an ice rink, in a game that probably shouldn’t have gone ahead, we drew 0-0.

I played in 16 Premier League North London Derbies, losing only three of those. It is a game I love and one the players should embrace on Sunday.