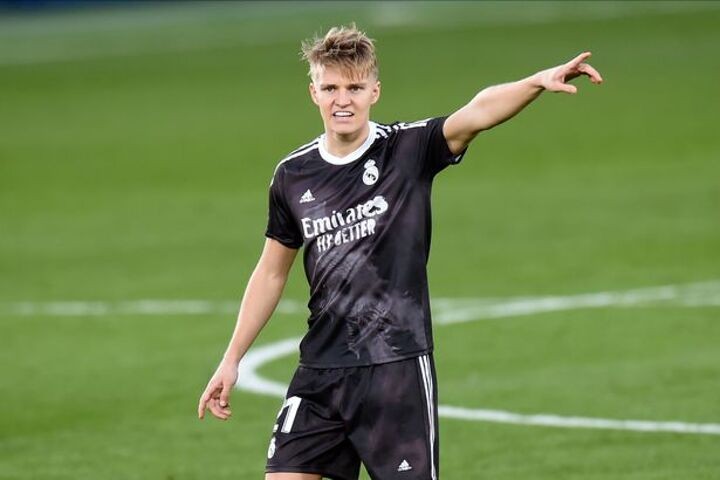 Martin Odegaard will have to wait to make his Arsenal debut unless they can sell another player, though Ryan Bertrand could slot straight in if he signed from Southampton.

Real Madrid midfielder Odegaard is expected to join the Gunners on loan for the rest of the season imminently following the departure of Mesut Ozil.

Arsenal have continued to trim their squad during this month’s transfer window, with Sead Kolasinac and William Saliba heading out on loan, while Sokratis, along with Ozil, has been released.

However, there are still issues over player registration within Arteta’s squad that make life difficult for Odegaard to slot in logistically.

Neither Ozil or Sokratis were registered anyway, and Kolasinac’s space has been taken by loanee Mat Ryan, meaning there are currently no homegrown slots available.

The departure of home grown goalkeeper Matt Macey to Scottish side Hibernian has freed up a homegrown slot.

Arteta is believed to be keen on signing Southampton left-back Ryan Bertrand to fill that void left by Kolasinac, and he would take one of the slots of five homegrown players.

However, Arsenal would have to sell a player who came through the ranks from outside England to allow Odegaard a place in his team.

It was hoped that the Norwegian would be available to face Southampton on Tuesday if the paperwork was filed in time.

Norway boss Stale Solbakken backed Odegaard to succeed at the Emirates Stadium, insisting that Arsenal’s style of football should suit him.

He told Norwegian outlet VG: “First of all if it happens, I think it shows Martin has an extremely high level of confidence in himself, considering he is going into a new league and a team that, although they have improved a lot lately, had some good wins and climbed the table.

“The way Arsenal play will fit him well, a kind of football that suits him.

“He can also play in different midfield roles, whichever Mikel Arteta chooses. He will get assists and be a good team player.”