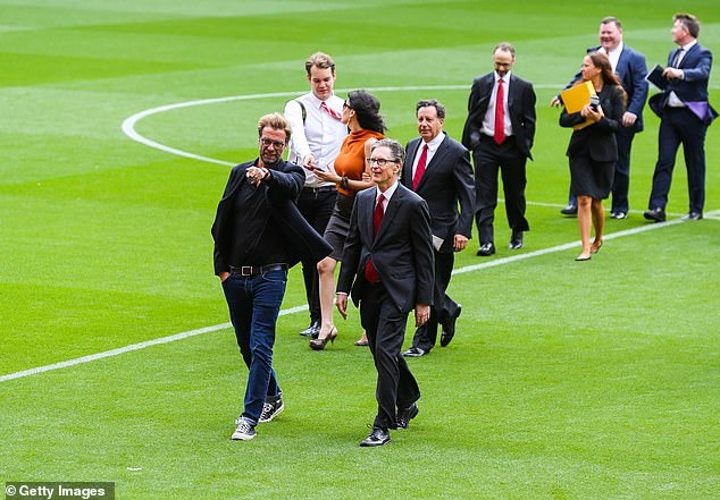 Something had to give.

Even the venture capitalists who run Liverpool could not project their club as mattering more, then end up on the same side of the furlough argument as Mike Ashley and Daniel Levy.

So yesterday evening, having come under enormous pressure from fans, critics and those, like Jamie Carragher, who would be considered club royalty, Liverpool relented on their extraordinary decision to furlough non-playing staff.

It did not matter that — unlike Levy’s Tottenham — they were going to make up the balance in full.  It was insignificant that, unlike Ashley at Newcastle, they were not the first to tread this inglorious path.

Liverpool’s decision came as a genuine shock. The idea that their club matters more is an enormous irritation to rival fans, but everyone concedes Liverpool are a bit different.

The club seek to share the principles of their followers in a Labour stronghold. They might be owned by a US sports investment company but they go to enormous lengths not to stray from their roots. This felt wrong.

For Liverpool to then lean on the Government for 80 per cent of non-playing staff salaries was morally wrong.

It wasn’t so long ago that chief executive Peter Moore was offering Liverpool stewards to maintain order at supermarkets in the face of panic buying. Now, those same employees, and many others, were being placed on Government support. It felt like abandonment.

When the abuse scandal in football broke, Manchester City’s new owners took responsibility for their history. Buying a club, it was said, means taking on all its baggage — and Liverpool’s owners have done that, too.

They have milked the historic idea that Liverpool, as a club, are not like the others. They have tapped into their famed uniqueness.

And then, when it mattered most, they became temporarily allied with the game at its most selfish.

‘We came to the wrong conclusion,’ Moore admitted. Too right they did.