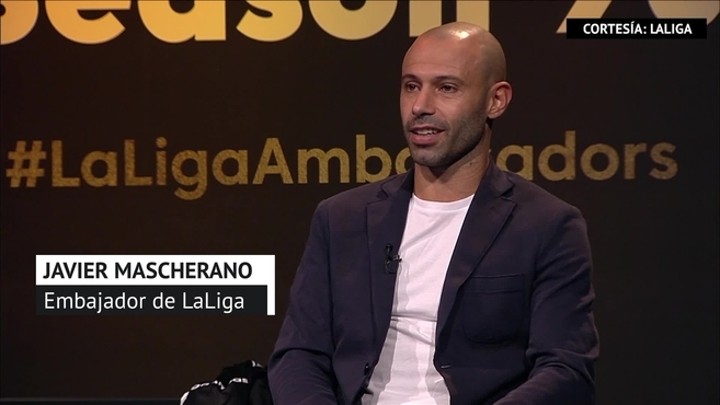 The Argentine joined from Liverpool in 2010, spending eight years with the Catalans before leaving for Habei China Fortune in 2018.

"There's a very big void when you leave Barcelona," Mascherano said as he was presented as a LaLiga Santander ambassador.

Mascherano also explained why he has decided to team up with LaLiga.

"I want to help LaLiga to keep growing," the Argentine said.

"The competition has grown year after year, with LaLiga reaching more and more countries.

"When travelling, you find that people from all over recognise you. I want to bring commitment and professionalism to this role."

In his eight years at the Camp Nou, Mascherano played 334 games, and won everything on offer to him, including two Champions Leagues, five LaLiga Santanders, five Copa del Reys, and three Supercopa de Espanas.

Additionally, he won the Club World Cup on three occasions. Remarkably, the Argentine managed just one goal in 334 appearances for the club.