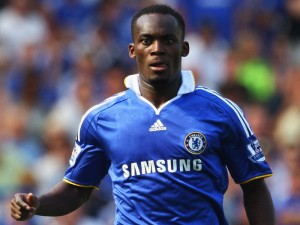 Ghana received a massive boost on Thursday when Chelsea coach Andre Villas-Boas revealed that Michael Essien could return to action next month.

The powerful enforcer could be part of the Black Stars for Januaryâ€™s Africa Cup of Nations if he is fit enough.

Essien has not played since rupturing a cruciate ligament in a pre-season preparation for the English side.

There were fears that the influential player would be out of action until April which means he will miss the Africa Cup of Nations which ends in February.

But the Portuguese manager says the midfielder could be ready for action which could make him available for Ghana.

"Essien is making good progress. We are thinking of end of December (return for him)," Villas-Boas said.

Despite the possibility of Essien returning, there are also fears that he could aggravate the problem as it happened to him during the 2010 Africa Cup of Nations in Angola.

He rushed his return from an injury but suffered a setback while in training with the team.

The Africa Cup of Nations starts on 21 January and ends on 20 February.