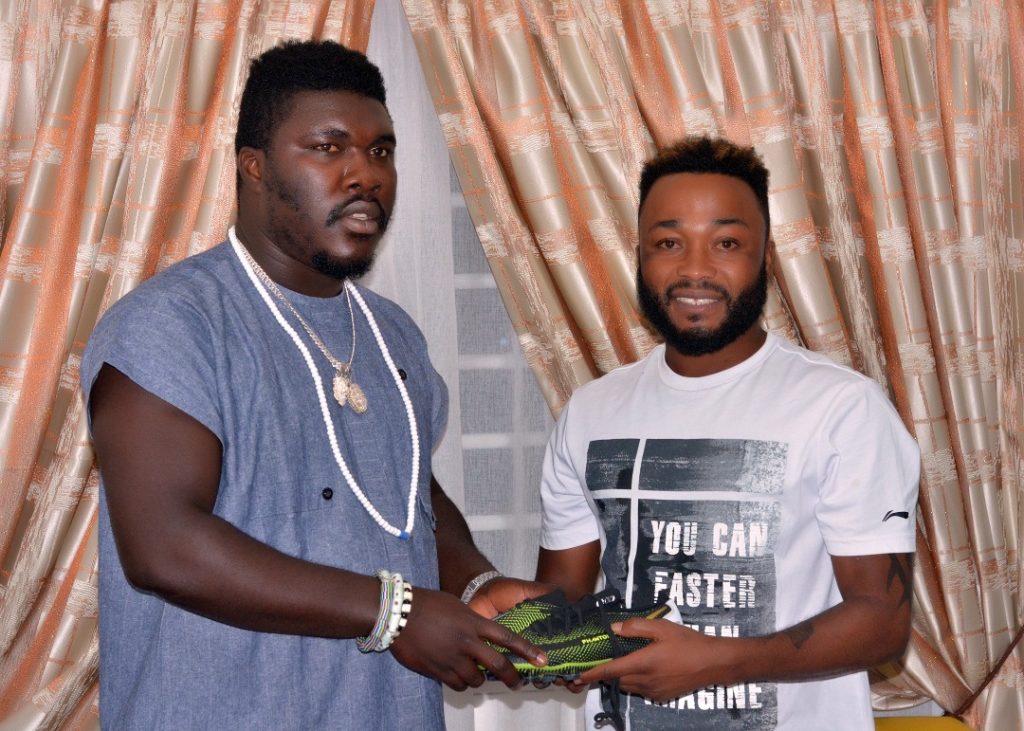 Struggling Ghanaian giants Accra Hearts of Oak will be boosted by the return of dithering midfielder Gladson Awako in the coming days, Ghanasoccernet.com can exclusively reveal.

This comes after a traditional chief of his Teshie neighbourhood intervened to bring an end to the long drawn out saga with the Accra-based giants.

Awako's return, expected in the coming days, comes as a major boost for Hearts who are flirting with relegation after a poor start to the season.

Spiritual fear allegedly gripped Awako after signing for the defending league champions before the start of the season even though the player has refused to say why he has opted not to play for the Phobians despite signing a contract.

The controversy surrounding his absence seems to have ended after the intervention of Teshie Gbugblah Oblahiaaa Mantse (Youth Chief), Original Nii Martey Laryea I, inspired him to return to chane his mimd and rejoin his Hearts Oak teammates.

Speaking to Original Nii Martey Laryea I in an interview he disclosed that Awako has been a resident of Teshie since infancy and knows he is an inspiration to the youth of Teshie.

"Awako is from Teshie so I decided to inspire him to join his colleagues at training so that he can continue his football career. We all know Accra Hearts of Oak is one of the biggest football club on the African continent," the traditional leader said in an exclusive interview on Monday.

According to him as a leader, he decided not to sit aloof for talent of the footballer to go waste.

Original Nii Martey on behalf of Awako apologised to Togbui Afede, the board members and the supporters to accept Awako back at Hearts.

"Awako is coming to help the team win more trophies so we should all support him to deliver. I know he will do more beyond the limit and also help the team to defend the league title".

Awako on his part expressed his profound gratitude to the youth chief for his counsel and also apologise to the Hearts of oak management led by Togbui Afede, technical team and the supporters.

"I want to say a very big thank you to my Father Nii Martey Laryea I for his counsel and the kits he has given me to start training. I would like to urge all the Hearts of Oak fans to put everything behind them and support me to succeed in my coming back as a player of the team".

Gladson Awako furthermore stated that he is coming to help the team to defend the league title they won last season.