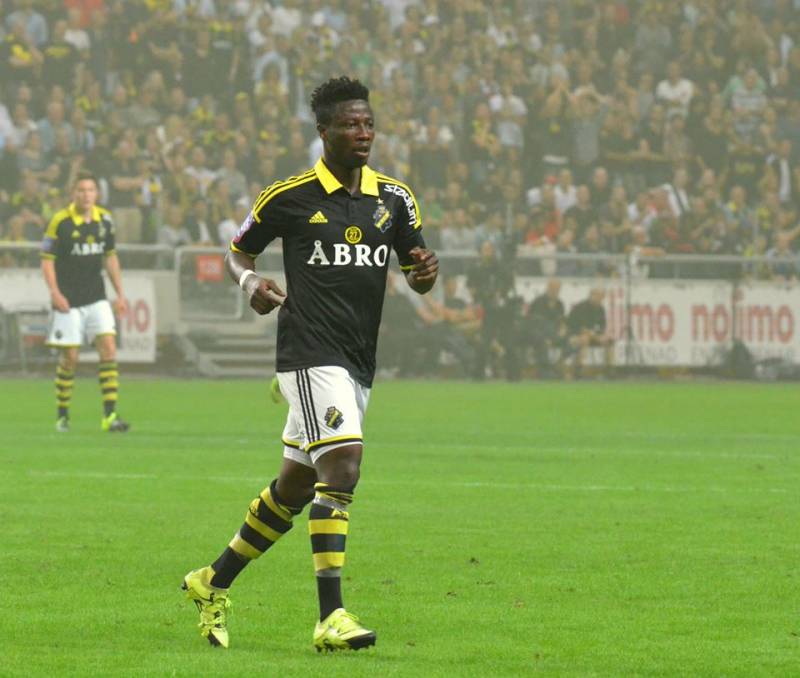 More than half a dozen clubs in Europe and the United States have tabled offers for in-form Ghanaian midfielder Ebenezer Ofori.

LA Galaxy and New York City FC are the Major League Soccer League clubs seeking to lure him to the States.

Bundesliga outfit Hamburg, FC Krasnodar from Russia, Osmanlispor in the Turkish top-flight as well as West Ham United are interested.

French sides Caen and FC Lorient have all enquired about his availability.

Ofori, who plays for AlK Stockholm, has been in stupendous form the last two seasons in the Swedish top-flight.

The 21-year was named best midfielder in the Allsvenskan in 2015 and was named in the league's Team of the Season this term.

He has been likened other emerging youngsters Valencia's Dani Parejo, Julian Weigl of Borussia Dortmund and Tottenham Hotspur's Dele Alli.

The former New Edubiase United player is a sure bet to make a move during the January transfer window.

Ofori is likely to make Ghana’s provisional squad for the 2017 Africa Cup of Nations.