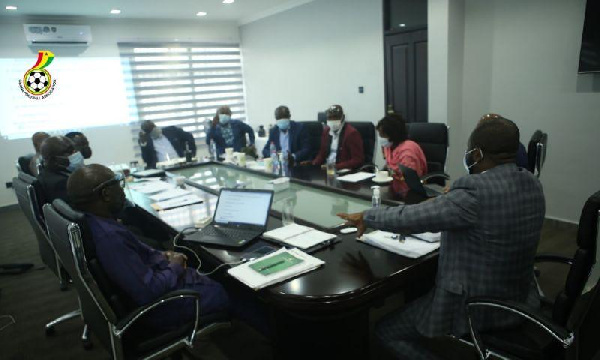 The Ghana Football Association has been receiving widespread praise for it's response to the match fixing scandal involving Ashantigold and Inter Allies.

The FA's Disciplinary Committee demoted both clubs to the third tier of Ghanaian football as well as handing hefty fines to the two teams.

Ghanaian football fans have taken to social media to react to the decision, with many praising the GFA for their verdict.

"The decisions on the ASHGOLD ban is massive! Ghana football will be better off with strong bans like this!!!," wrote Thierry Nyann.

"This Ashgold vs Inter Allies game has gotten here because of the media. Kessben TV for getting excerpts of the game. It would definitely have been swept under the carpet as one of the “interesting scorelines” in the league and people would have made dirty money.," added Saddick Adams.

Michael Oti Adjei wrote: "What AshantiGold has become is a crying shame for a club that led and gave so much hope to Ghanaian club football. A real penny for the thoughts of the likes of Sam Jonah whose vision made AshGold a force on the continent in the early 90s."

"Ashgold's Seth Osei is easily one of the best players in the Ghana League, now see what has happened," added Daniel Oduro.

"Must applaud the thoroughness of the GFA's report re the Ashgold and Inter Allies case. Phone records. Momo records etc. They did not leave anything to the mind. I expect some appeals etc but hats off," added Godfred Akotoko Boafo.

Benedict Owusu also write: "Plaudits to Ghana for this comprehensive work on the Ashgold-Inter Allies case but there are certainly more so please push and wipe all out irrespective of their status in our football."

The two teams were found guilty of match manipulation on the final day of last season's Ghana Premier League.