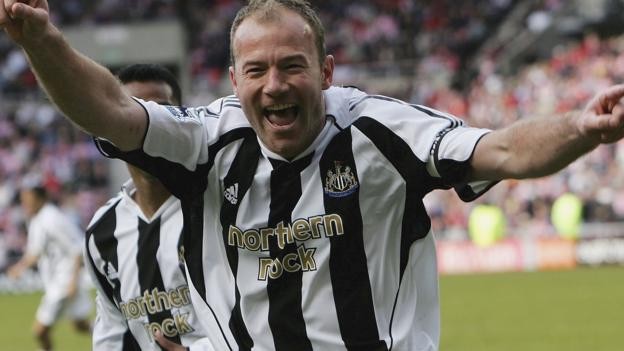 Match of the Day will return to BBC One on Saturday, 4 April

Football highlights are set to return to BBC One on Saturday nights with Match of the Day showing highlights of classic Premier League games.

Matches will be chosen by pundits as the show adopts the new name of 'Match of Their Day'.

First up is Alan Shearer, who will pick his favourite three matches in the first episode on 4 April at 23:00 BST.

The show will follow the MOTD podcast on the top 10 goalkeepers, which airs on BBC One at 22:20.

Former England strikers Gary Lineker, Alan Shearer and Ian Wright will discuss some of their toughest opponents by choosing their 10 best goalkeepers of the Premier League era.

The programmes are part of a variety of sport content on the BBC and iPlayer.

A full replay of a seven-goal last-16 thriller between France and Argentina at the 2018 World Cup will also be available to watch on the BBC Sport website, Red Button and BBC iPlayer at 15:30.

Also available to watch on BBC iPlayer are a range of sport documentaries:

Football in England has been suspended until at least 30 April because of the coronavirus pandemic.

The Match of the Day: Top 10 podcast is now available on BBC Sounds, with a new episode dropping every Wednesday for 11 weeks. Listen to the first episode here.