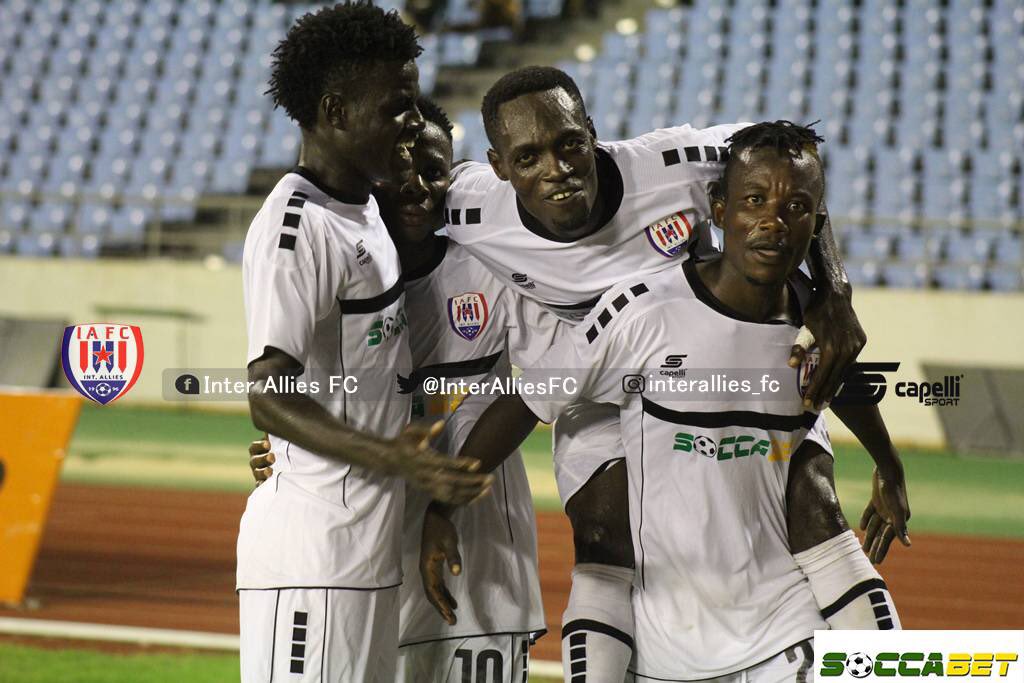 Inter Allies FC have been very inconsistent throughout the season so far since they have been playing it hot and cold.

Despite the rollercoaster spell, the Eleven Is To One side have an 100% home record this campaign and would want to keep it intact when they take on Ebusua Dwarfs at the Tema stadium on Saturday.

They are in need of a victory to get back to winning ways and also rebound from their 1-0 defeat to Ashanti Gold SC last weekend in Obuasi.

The Capelli Boys are lying 6th on the league log with 12 points. They could be moving to the fourth place with a win against the Mysterious Club on Saturday.

Youth team coach Adam Fazazi has been promoted to the first team as one of the assistant coaches and is expected to be at the dugout this weekend.

The Togolese was on the bench when they travelled to Obuasi last weekend.

Nigerian defender Samuel Ekele David is coming back from suspension whilst left back Richard Antwi could also be returning to the squad for Saturday's fixture.

Ebusua Dwarfs suffered a huge setback last weekend just when they thought they were getting their campaign back on track after coming from behind to beat Liberty Professionals a fortnight ago.

The Mysterious Club were handed a second home defeat this season when they lost 3-2 to WAFA SC at the Cape Coast stadium last Sunday.

This has left the Crabs crawling on the league table with only one win in their last seven matches in the premiership.

They are sitting just one place above the relegation zone with only a point difference. Failing to avoid a lose on Saturday could see them sink into the drop zone.

Head coach Bashir Hayford was absent at the dugout when the Crabs lost to the Academy Boys last weekend. He is likely to sit out once again this Saturday.