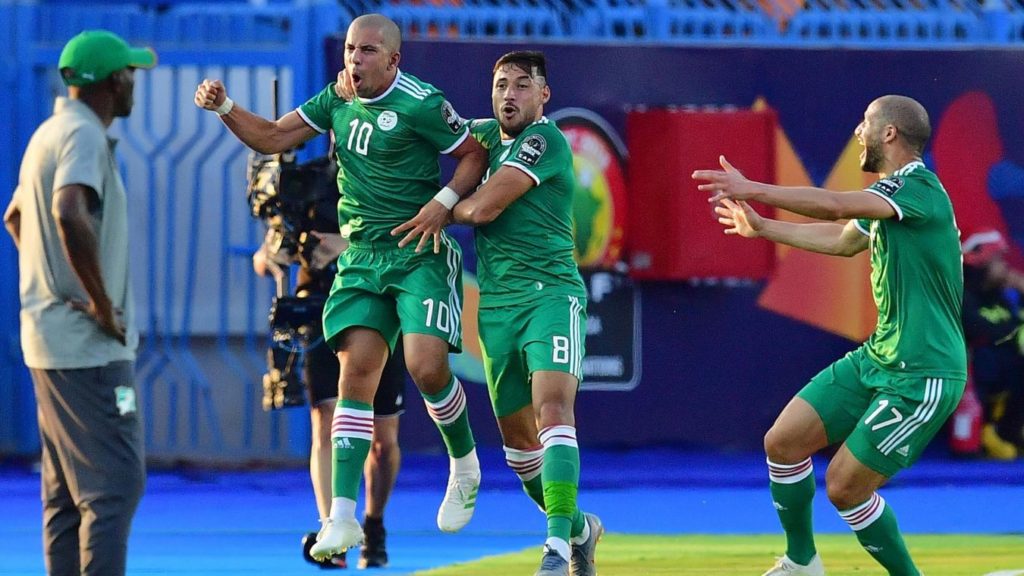 Algeria booked an Africa Cup of Nations semi-final with Nigeria after battling past Ivory Coast on penalties.

Sofiane Feghouli broke the deadlock in the first half for Algeria ahead after Baghdad Bounedjah squared it to the Galatasaray midfielder.

After the break, Bounedjah hit the bar from the spot after earning Algeria a penalty, and they were made to pay just after the hour-mark when the Ivory Coast equalised through Aston Villa forward Jonathan Kodjia, who rode a tackle before firing a superb effort into the far corner.

The match ultimately went the distance, and after five perfect penalties, Wilfried Bony saw his penalty saved, and though Youcef Belaili could only hit the post with Algeria’s fifth penalty, Serey Die did likewise to send the Ivory Coast packing.