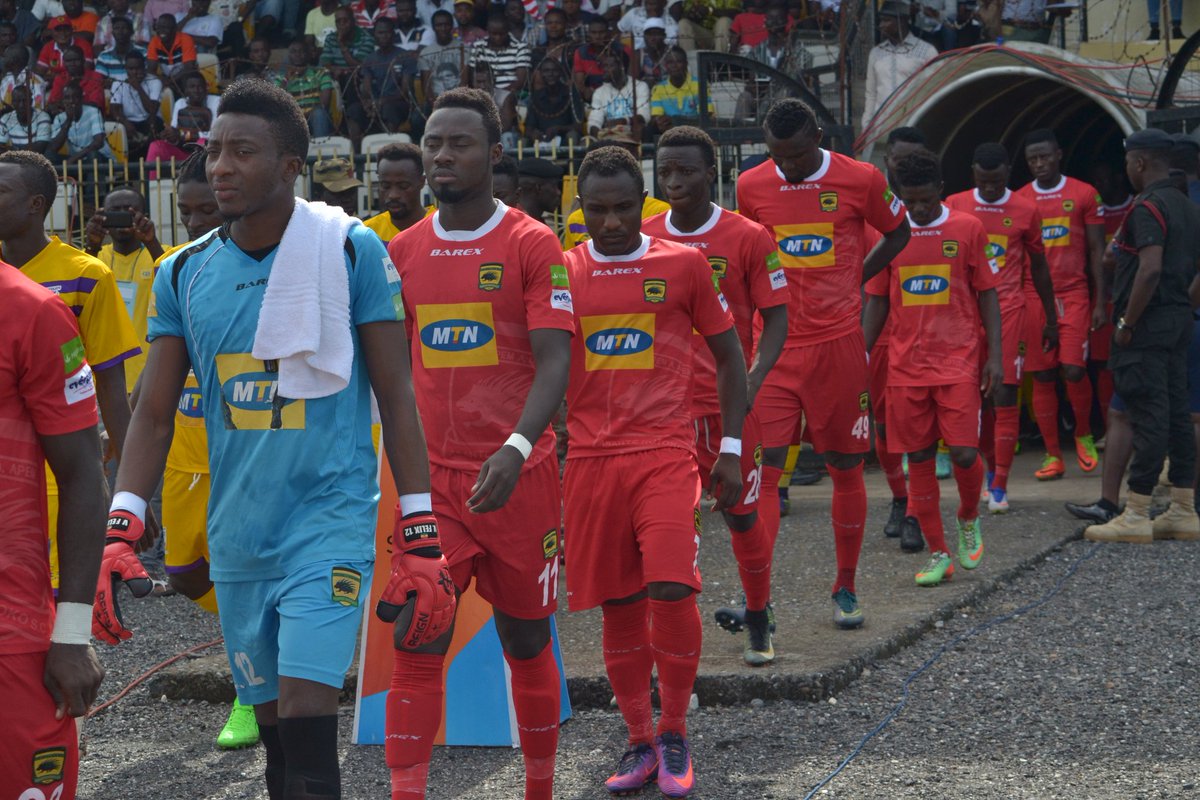 A late penalty goal from Saddick Adams ensured Asante Kotoko earned a draw in the Adansi derby against Ashgold at the Baba Yara stadium on Thursday.

The Miners looked set to have secured victory and the bragging rights against their fierce rivals but Adams converted with aplomb from the spot to hand Pollack's charges a vital point at home.

Hans Kwofie gave Ashgold a deserved lead on the stroke of halftime. The striker punished the defenders of Kotoko for poor defending. The goal took his tally to 12 goals for the season.

Ashgold had chances to put the game to bed but failed as the wasted the chances.

They were made to pay for the miss opportunities with three minutes remaining on the clock. Adams stepping up to score.

Ashgold are two points from safety following the draw while Asante Kotoko's title chase is all but over.