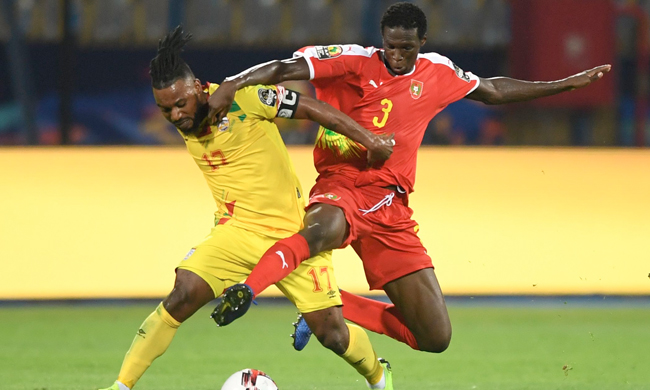 Benin's long wait for a first win at the Africa Cup of Nations was extended Saturday by Guinea-Bissau following an attritional goalless draw in Ismailia, the tournament's third in a row.

After a creditable 2-2 draw with Ghana in their first game in Egypt, Benin have now gone 11 matches without a victory in the competition dating back to their debut in 2004.

Only Mozambique, with 12, have played more games in the competition without recording a win.

Guinea-Bissau, who appeared for the first time in this competition in 2017, picked up their first point in Group F as both sides remained in contention for a place in the last 16. Holders Cameroon top the section on four points, with Benin and four-time champions Ghana level on two.

Angola and Mauritania started the day with a 0-0 draw in Suez after the previous 21 matches produced 43 goals.

Cameroon and Ghana then played out a goalless stalemate in the first game of the doubleheader in the northern city of Ismailia.

Sori Mane rifled wide from distance in a rare opportunity for a Guinea-Bissau side ranked 118th in the world, 30 places behind their opponents.

Former Sunderland and West Brom midfielder Stephane Sessegnon returned to the Benin line-up after suspension but it was Huddersfield forward Steve Mounie who had his team's best chances, drawing a sharp save from Jonas Mendes and then heading over unmarked from a Sessegnon free-kick.