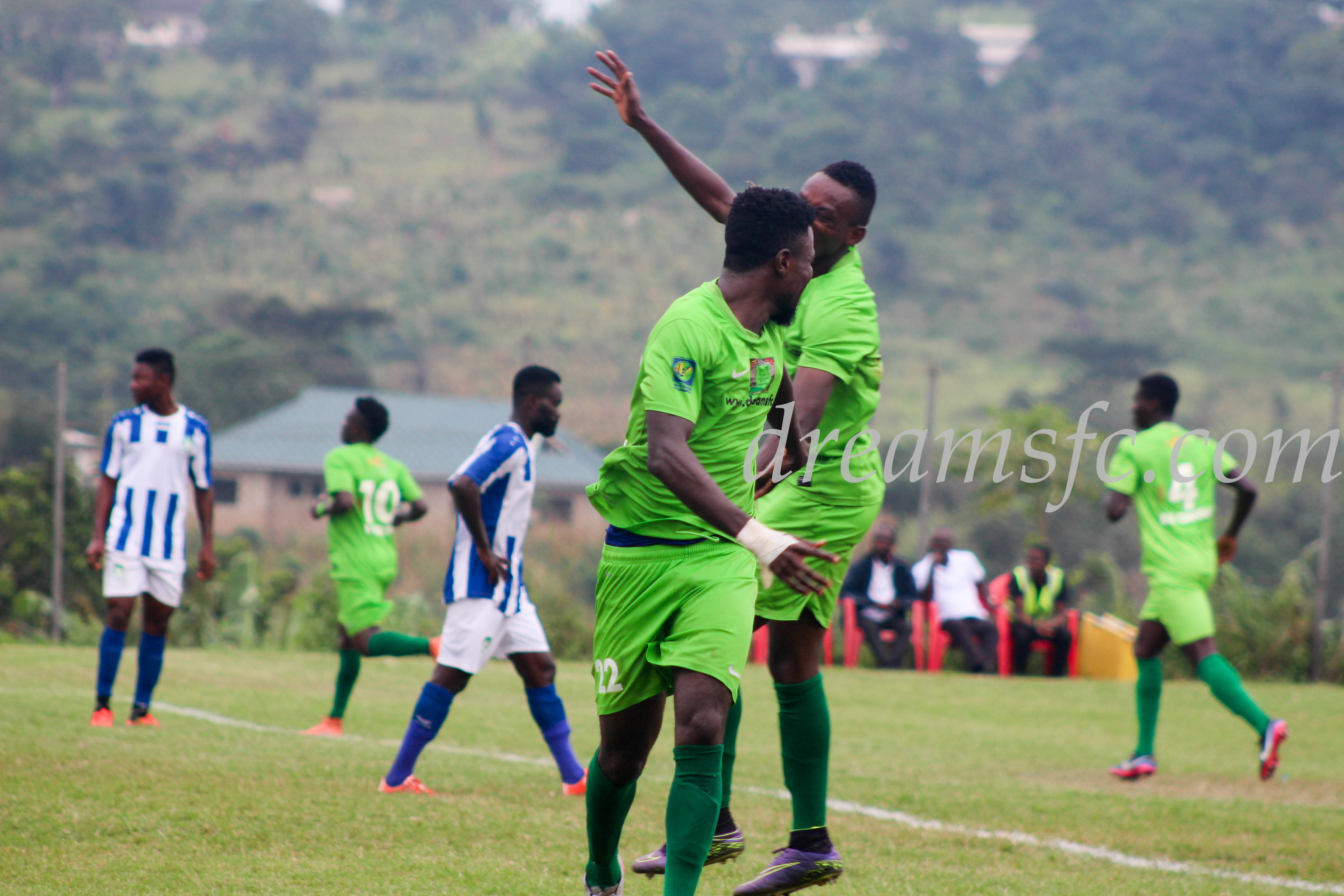 Dreams FC mauled Berekum Chelsea at the Theatre of Dreams after humiliating them 4-0 in Dawu in the Ghana Premier League on Wednesday.

Emmanuel Hayford topped up the scoring.

Central midfielder Eli Keke wrapped up the win with a delightful finish.

Defender Abeiku Ainooson opened the scoring for Dreams when he converted from the spot in the 7th minute.

New sensation Michael Sarpong sent fans at the Theatre of Dreams into a frenzy when he doubled the lead for C K Akunnor's men.

Sarpong failed to be left out of the frenzy when he grabbed the third goal. The teenager who was signed from rivals Dreams FC, had scored a brace in Dreams' previous home game.

Kick off was delayed due to Chelsea's late arrival after getting involved in a minor accident.

Dreams, occupying 6th berth before start of the game, had double target going into the tie. Revenge and top-four entrance. The Blues mauled Dreams in the reverse fixture in the first round and knew a win could push them into the top-four.

And, they made their intentions clear when they won a penalty. Defender Ainooson stepped up and converted for the opener.

Akunnor's men had stepped into gear and Michael Sarpong added the second with a glorious finish.

The 17-year-old attacker struck the third to grace a dominant first-half display to register his fourth goal in the second round.

Dreams resumed their demolition exercise after the break and midfielder Emmanuel Eli Keke hammered home to fourth goal to crucify the Brong Ahafo-based side.