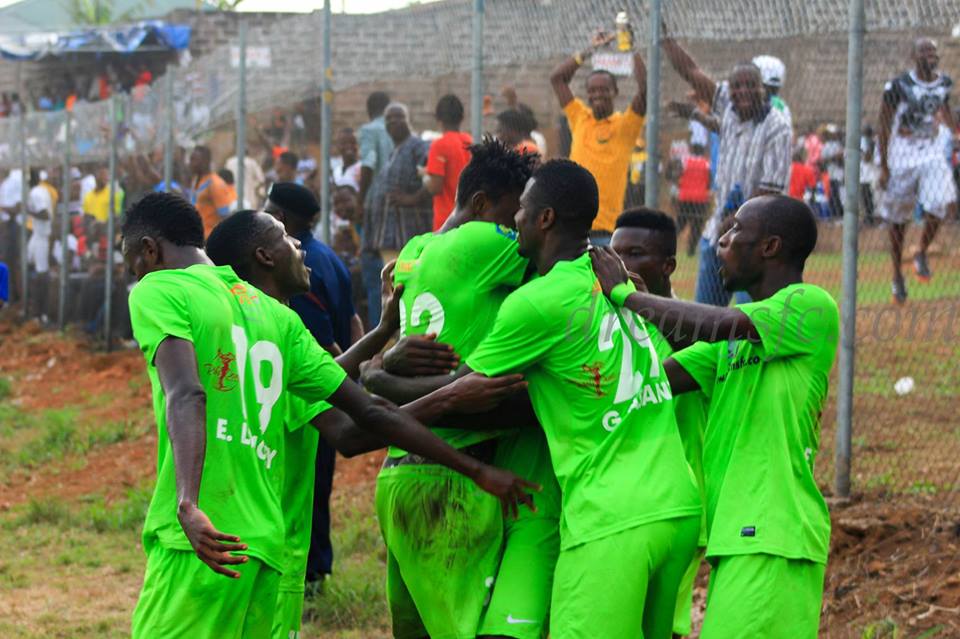 Dreams FC sneaked past Techiman City FC after managing a 2-1 win over a workaholic side in the Ghana Premier League on Sunday.

Midfielder Aaron Amoah raced Dreams into a 9th minute lead when he hit a clinical left-footed shot from the edge of the box. The former Ghana U17 midfielder was left unmarked in the vital and he took advantage to score the opener after collecting a ball from Abdul Bashiru.

Youngster Mike Sarpong cushioned the lead for the hosts before Stephen Manu climbed off the bench to apply a sweet header to a Baba Mahama cross in the second-half.

Dreams should have increased the tally on the 23rd minute but veteran striker Eric Gawu fumbled inside the box. Dreams' kid Mike Sarpong provided a solid partnership with the former Hearts of Oak striker upfront but he failed to make use of the chances.

Goalkeeper Razak Iddrisu was called to duty thrice in the opening quarter and he responded to the call with eye-catching feline saves.

Baba Mahama waved his magic down the flank but he was tamed for the rest of the half.

Eric Gawu continued to waste the chances for Dreams as City fought to come back into the game.

Dreams made their intentions clear early in the second-half as Michael Sarpong doubled the lead. Abdul Bashiru again broke down on the left before delivering a wonderful cross for Michael Sarpong who was unmarked in the box and he powered home a header.

Stephen Manu halved the scoring for City with a brilliant drive from inside the area. Baba Mahama sent in an excellent cross from the right and substitute Manu steered home the corner which went against the upright before diverting to goal.