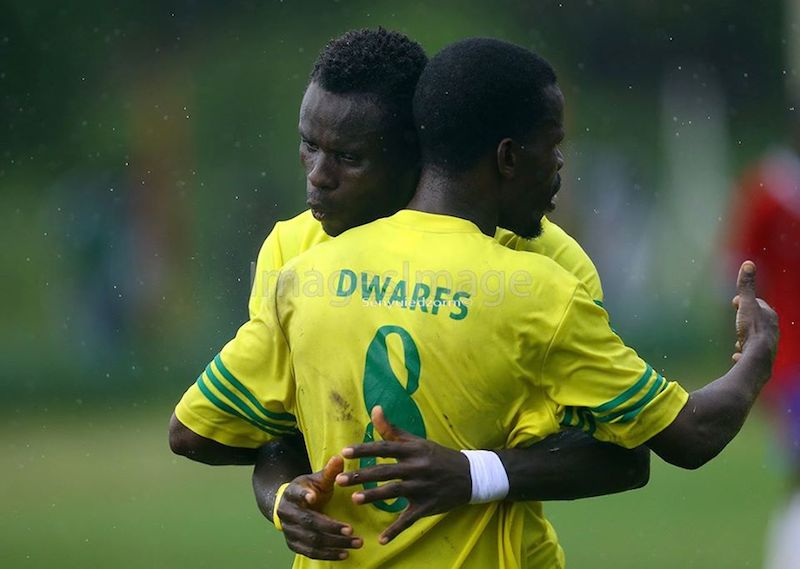 Ebusua Dwarfs needed a late strike from Dennis Akorsah to return to winning ways as they came from behind to beat Liberty Professionals 2-1 in Week 7 of the Ghana Premier League at the Cape Coast Sports Stadium on Sunday.

The Crabs went into the encounter with the aim of extricating their abysmal start to the campaign.

The match was hogged around coach Bashir Hayford's claim that he is preparing to depart the club amid their poor start before management wields the axe on him.

They commenced the match brightly and threatened to break the deadlock but failed to take advantage of their high pressure display.

The visitors shot into the lead on the 24th minute after referee Ernest Baafi awarded a contentious penalty to Brite Andoh, which Benjamin Eshun duly dispatched the ball to hand Liberty the advantage.

Despite conceding the debatable penalty, Dwarfs kept the ball well as they probed for the the leveller.

Liberty Professionals came came into the second half stronger than the first half with the aim of getting the cushioning but Dwarfs defense stood firm.

The visitors grew in confidence as the game wore on and could have added to their goal but fluffed their lines.

The Crabs however, found the equalizer against the round of play courtesy Alhaji Mustapha's 84th minute low grounder.

With the game set to end in a draw, Dennis Nkrumah Korsah popped up with a late strike to hand Dwarfs the crucial maximum points.

By virtue of the win, Dwarfs move to 11th position with 8 points.