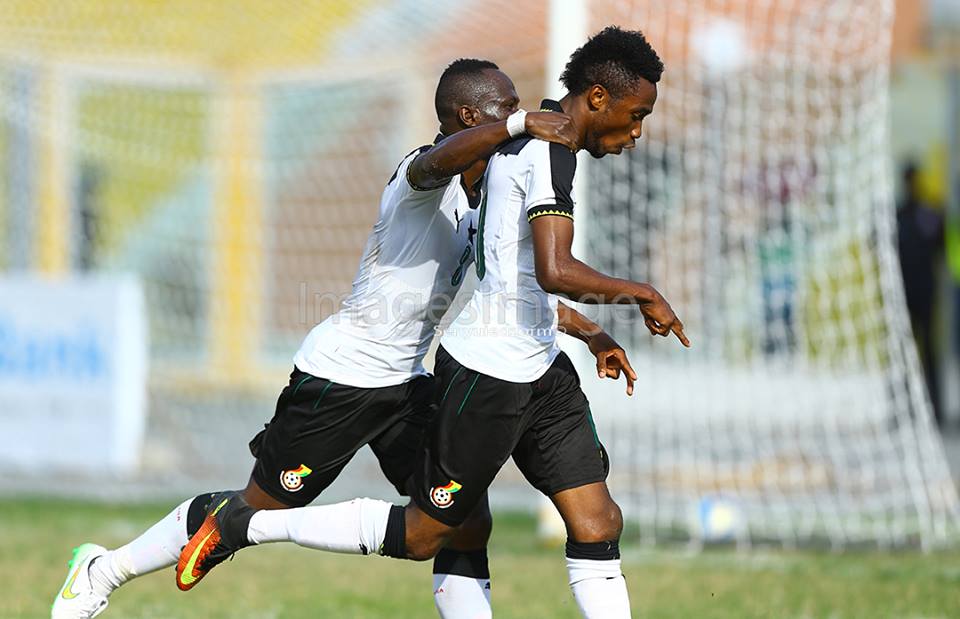 Former West Africa Football Academy youngster Samuel Tetteh scored his debut goal for the national team but his strike was not enough to secure victory for the Black Stars in their final AFCON qualifiers against Rwanda.

The Stars who came into the game having already secured qualification to the Africa Cup of Nations to be staged in Gabon next year saw Samuel Tetteh, David Accam, and Leicester City’s Daniel Amartey all given rare starts.

Rwanda’s care taker coach Jimmy Mulissa put up a very strong side that had skipper Harunna in the team and credit to his side they escape without receiving a thumping.

Stand in skipper of the side Emmanuel Agyemang Badu had the first chance of the game after a through ball from Italy based midfielder Alfred Duncan who was starting in place of Mubarak Wakaso but Badu’s finish was hard and high over the post.

The next opportunity was to Samuel Tetteh who will be challenging for the man of the match award but his effort was very feeble and goalkeeper in post for Rwanda gathered.

But the moment of magic came on the 33rd minute when Samuel Tetteh picked a ball at the edge of the penalty box went through two defenders before bending it past the man in post for Rwanda Eric Ndayishimiye.

The Black Stars had opportunities to double the lead through Agyemang Badu, Frank Acheampong and Alfred Duncan but a combination of wastefulness and complacency meant the Stars ended the half with a goal advantage.

The second half started with the Stars in control of the game and Daniel Amartey and Alfred Duncan with command over the midfield.

Baba Rahman made a brilliant run and was blocked at the edge of the box another set-piece that was wasted by Agyemang Badu.

Samuel Tetteh had his turn to take a set-piece but his strike was calmly collected by Eric in post for the Rwanda that would prove difference as Rwanda;s number ten Hakizima Muhajiri pulled a top draw free-kick to level the score with just eight minutes to go for the his side .

That brought the best out of the Stars with Jordan Ayew brought in to try and rescue a victory for the Stars but tried as they did the Amavubi held on to secure a priceless 1-1 draw in Accra.