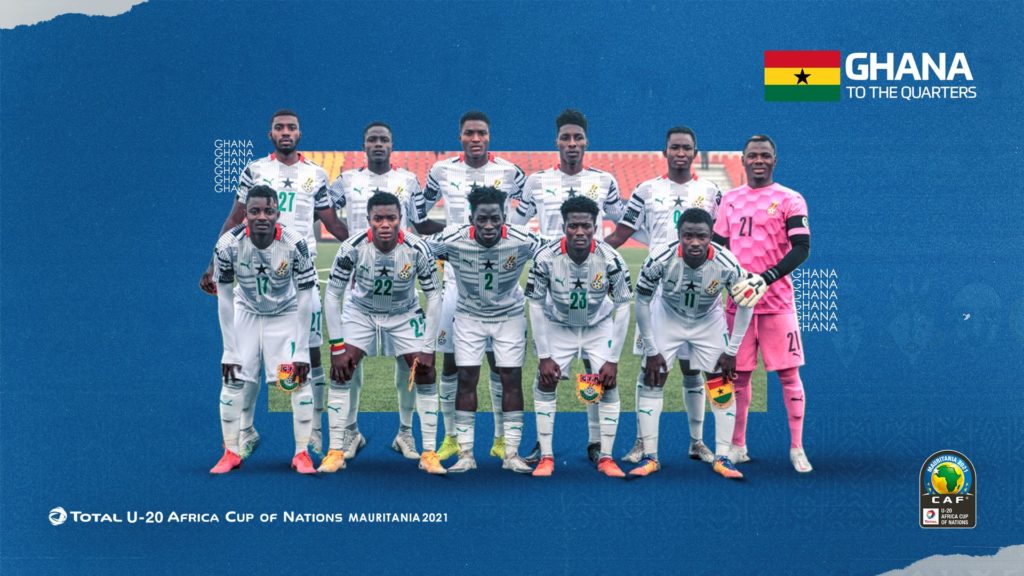 The Black Satellites of Ghana secured their ticket to the next round of the ongoing U20 Africa Cup of Nations championship despite losing 2-1 to Gambia in the final round of Group C on Monday.

Gambia rallied to beat Ghana 2-1 to end their unbeaten streak in the ongoing competitions.

Ghana have progressed to the quarter-finals after finishing among the best third placed teams in the competitions with four points.

Coach Karim Zito made one change in his starting line up as Ofori McCarthy replaced Patrick Mensah who featured against Morocco.

Ghana started the game on a good note as Abdul Fatawu Issahaku registered his second goal of the tournament with a thunderbolt long range strike on the 10th minute.

On the 17th minute, Kajally Drammeh snatched the equaliser for his side with a powerful header via a corner-kick.

Gambia continue to pile up pressure on the back line of the Black Satellites which saw them conceding the second goal which eventually booked them a ticket to the knockout stage.

Youngster Lamarana Jallow handed the Gambia U20 side all the needed points with his strike on the 34th minute of the game.

In the second half, Gambia kept on their explosive output with dangerous efforts troubling the Black Satellites.

The Gambians were resilient with hopes of scoring more goals but they got denied by goalkeeper Ibrahim Danlad.

Despite the defeat, Ghana have qualified to the knockout stage to battle out with the hosts, Cameroon for a semi-final ticket.