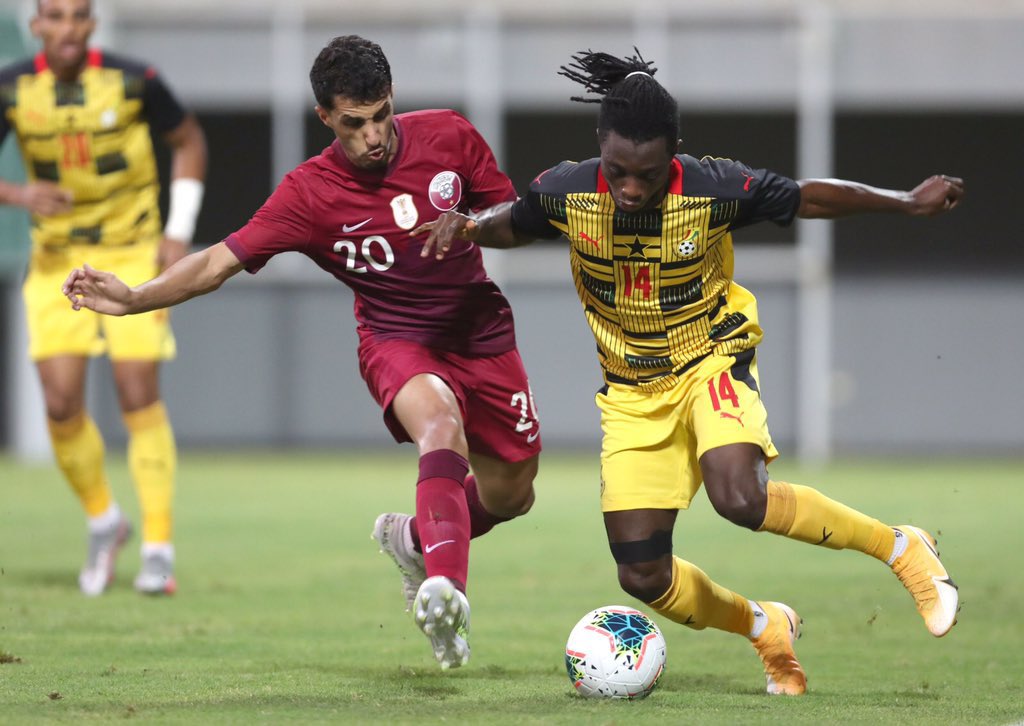 Ghana bounced back from their disappointing defeat to Mali to thump Asian champions Qatar 5-1 in a friendly encounter in Turkey.

The Asians came close to breaking the deadlock after a swift interplay which ended with forward Ali Almoez hitting the post after just three minutes.

The Black Stars were robust in the middle, with Partey winning the ball which he rolled to Jordan Ayew, with the Crystal Palace attacker outpacing his marker before laying to Tarique Fosu who connected to give Ghana the opener.

The Black Stars kept pressing with Samuel Owusu forcing a save from the Qatari goalie, before Fosu laid the ball for Ayew who once again fired wide.

With a minute left in the first half Qatar defender Boualem Khouki sent in a long ball which found Ali Almoez, who expertly lobbed the ball over goalkeeper Razak Abalora before firing into an empty net.

Ghana returned from the break very determined and came close to getting the lead after Thomas Partey’s effort was save by the Qatari goalie.

Ayew added his second of the game after an exchange of passes with his brother.

Second half substitute Caleb Ekuban completed the mauling with a fine finish as the West Africans secured a big win in their final friendly ahead of next months AFCON qualifiers.