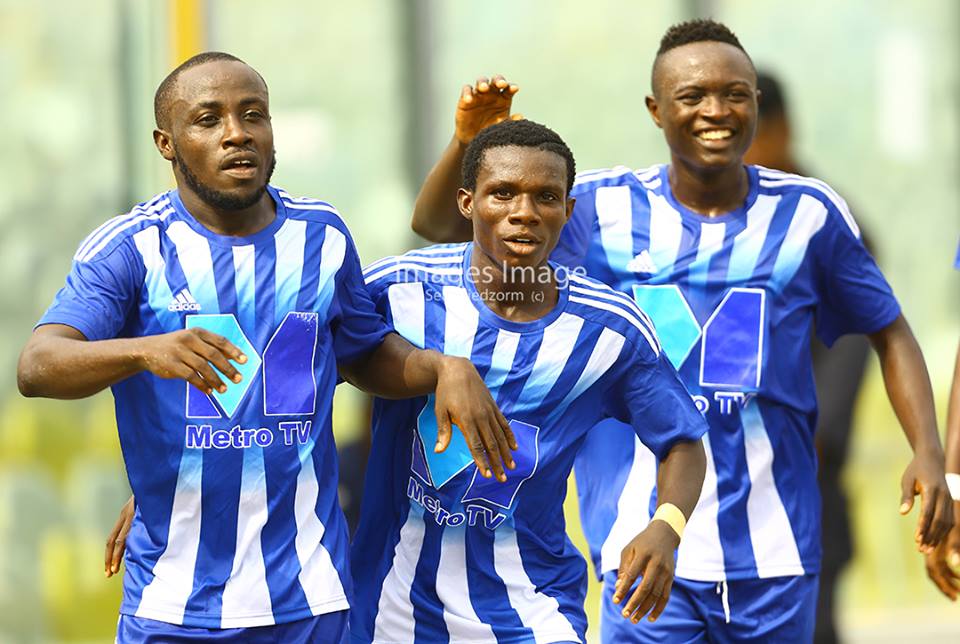 Accra Great Olympics were frustrated to a 0-0 stalemate with West Africa Football Academy in the Ghana Premier League at the Accra Sports Stadium on Sunday afternoon.

Player-coach Godwin Attram entered the action but failed to inspire his side to their first win of the campaign.

The Wonder Boys aimed for their first win after failing to manage a win in their opening four games of the season.

But it was the Sogakope-based side who bossed the game in the opening quarter of an hour.

Youngster Bernardino Tetteh lightened up the clash when he slalomed his way through and attempt an ambitious 25 yarder which was blocked. Tetteh was the brightest spot in the Olympics team and perpetually raided the WAFA defence at will.

Komla Abgeniadan outpaced his marker to pick a long-searching pass from midfield and when he succeeded he fired piercing drive which was collected by Olympics keeper Abraham Donkor.

Player-coach Godwin Attram left the touchline to enter the fray as he urged his side to go for the kill. His entry pumped an amount of venom into the Olympics attacking lines.