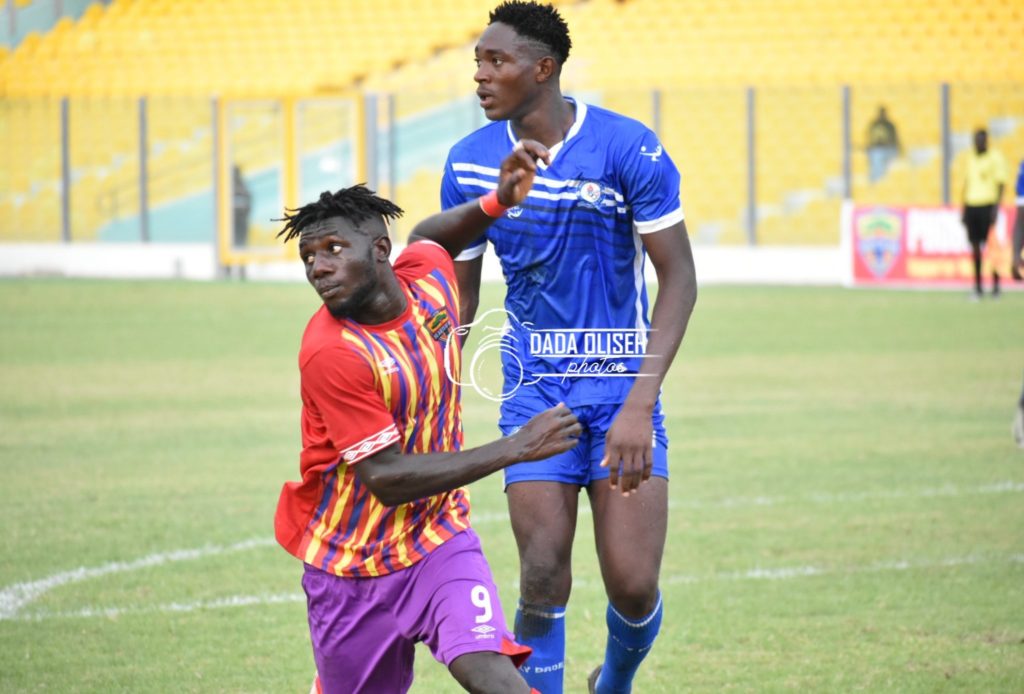 Accra Hearts of Oak were held to a goalless draw by city rivals Great Olympics in the first leg of the 2019 Homowo Cup at the Accra Sports Stadium on Sunday.

After series of postponements, the ‘Mantse Derby’ finally took place this afternoon with the capital’s two biggest outfits squaring off at the nation’s Wembley.

The first half was largely dominated by the Phobians  with the goalkeeper of Olympics standing between Hearts and their breakthrough.

A rejuvenated Olympics took took charge of the second stanza but also failed to find the back of the net as the match ended in a goalless stalemate.

The return leg will be played next week to settle the argument of who ‘owns the capital’.

The Homowo Cup forms part of the celebration of the ‘Homowo’ – hooting at hunger – festival celebrated by the people of Ga in the nation’s capital.