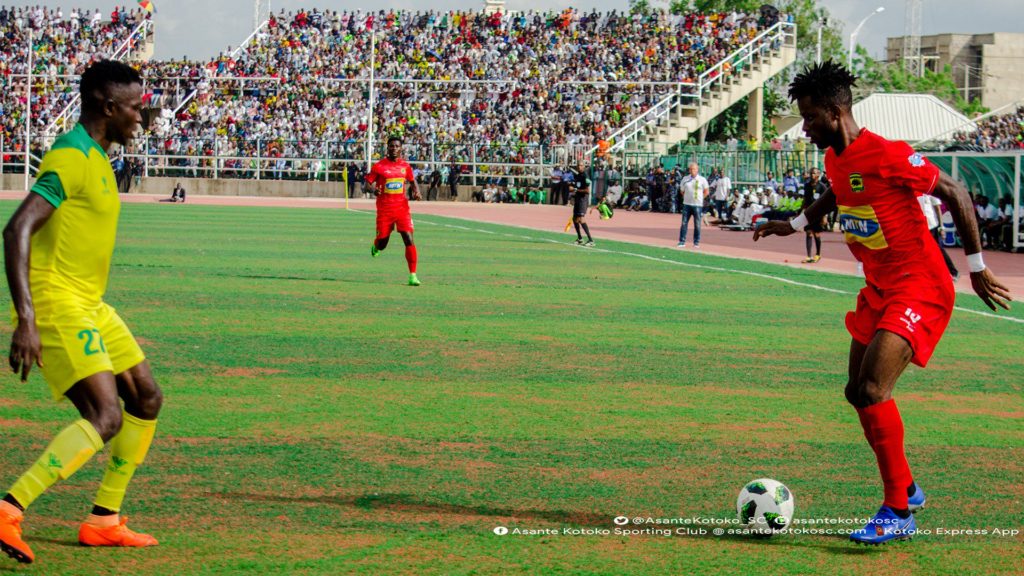 Asante Kotoko failed to defend well as they suffered a disappointing 3-2 loss against Kano Pillars in the first leg of CAF Champions League clash in Nigeria.

The Porcupine Warriors threw away a 2-1 second-half lead to lose the match at the General Sani Abacha Stadium on Saturday.

It was Kano Pillars who made the perfected start by taking the lead in the 13th minute through Paul Hilary, who overcame defender Ayiku Tetteh's tackle to hit a low shot into the far post from inside the penalty box.

But Kotoko staged a strong fightback in the second half to equalise and take the lead before the 70th minute mark.

New signing Justice Blay kept his head down to produce a low header beyond the helpless Kano Pillars goalkeeper to draw Kotoko level three minutes after the halftime break.

Then another new recruit Godfred Asiamah hit a direct freekick straight into the net on 68 minutes.

But Kano Pillars improved and capitalised on some poor defending at the back by Kotoko to score two quick goals to win the match.

Kotoko will be disappointed with the result but two away goals will be very crucial in the return leg in Kumasi.

The winners after the two-legged tie between Pillars and Kotoko are billed to face Hafia FC of Guinea or Tunisian club Etoile du Sahel in the next stage.