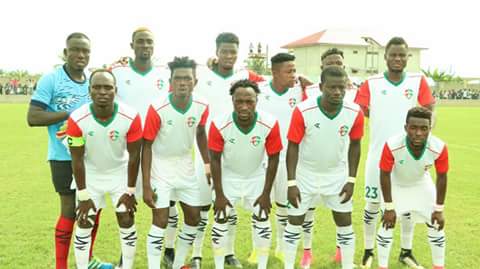 Bismark Boamah was the hero for Karela FC United as they defeated Berekum Chelsea 1-0 in Week 6 of the Ghana Premier League at the Baba Yara Sports Stadium on Thursday.

The Nzema-based side went into the match from the backdrop of a scoreless stalemate against Dreams FC at the Dawu Theatre of Dreams Park.

Meanwhile, the visitors were brimming with confidence ahead of the game following their 3-0 thrashing of Hearts of Oak at the Berekum Golden City Park last Sunday.

Chelsea tried to pick something out from the match in the second stanza with a high-octane pressing game but the hosts held on to collect their second win of the ongoing campaign.

By virtue of the victory, Karela FC move into 8th position with 8 points after six games while Chelsea are languishing at the bottom of the log with just 4 points but with a game in hand.