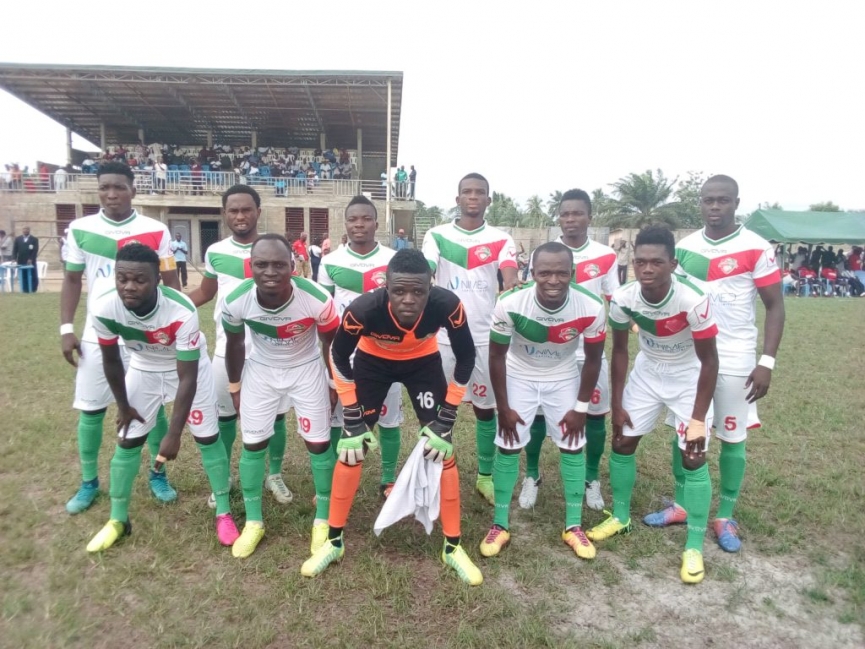 Karela United put in an impressive shift to beat Ebusua Dwarfs 3-0 for their first Ghana Premier League win on Sunday at the Crosby Awuah Memorial Park.

Striker Diwiase Taylor gave the debutants an early lead after 14 seconds when he shot past the goalkeeper.

After the break, right back Isaac Kwain punished his former side by scoring for the Nzema Boys.

Donald Wellington powered in teh third goal just before the end of the match.

It is a huge win for for Johnson Smith who has come under pressure after defeats at Medeama, AshantiGold and a draw at home against Techiman Eleven Wonders.