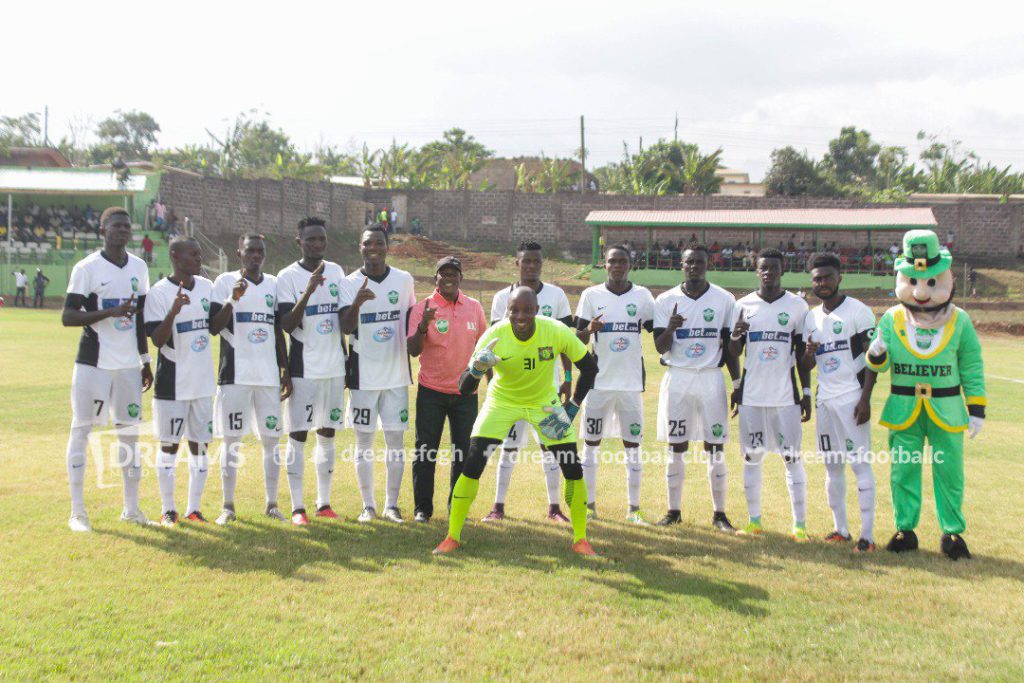 Liberty Professionals were given a further blow in their already bleeding sour after a stunner from Zuberu Sharani helped Dreams FC to pip the home side at the Sogakope Park on Thursday afternoon.

A lovely backheel from Dreams FC skipper Leonard Owusu found Eric Gawu at the mouth of the Liberty eighteen box who set up Zuberu Sharani to blast home the opener for the visitors in the 28th minute.

A slip from Patrick Arthur 15 minutes into the game offered Brite Andoh an excellent chance to tailor brilliantly with Kyei Balfour who put through Andoh again but he failed to put Liberty in front with a feeble shot.

Five minutes later, a nicely taken corner kick from Montari but Maxwell Arthur headed the ball away when he was under no press.

A swift run from Emmanuel Amoh on the right caught Andoh in an excellent position but his feeble shot was cleared away in the 23rd minute.

Just in the stroke of half time, Benjamin Eshun was put through by Elvis but he hit the ball with kindergarten energy.

Liberty kept the heat on the visitors with the introduction of the trio but struggled to fetch the equaliser.

With ten minutes to end the game, Elvis Baffour Kyei was sent off for a second bookable offense after he landed a cynical tackle on Richard Arthur.

The win moves Dreams FC to 3rd on the table with 14 points while Liberty remain second from bottom of the table.

Leonard Owusu emerged the man of the league for a second successive time in his second game of the season.