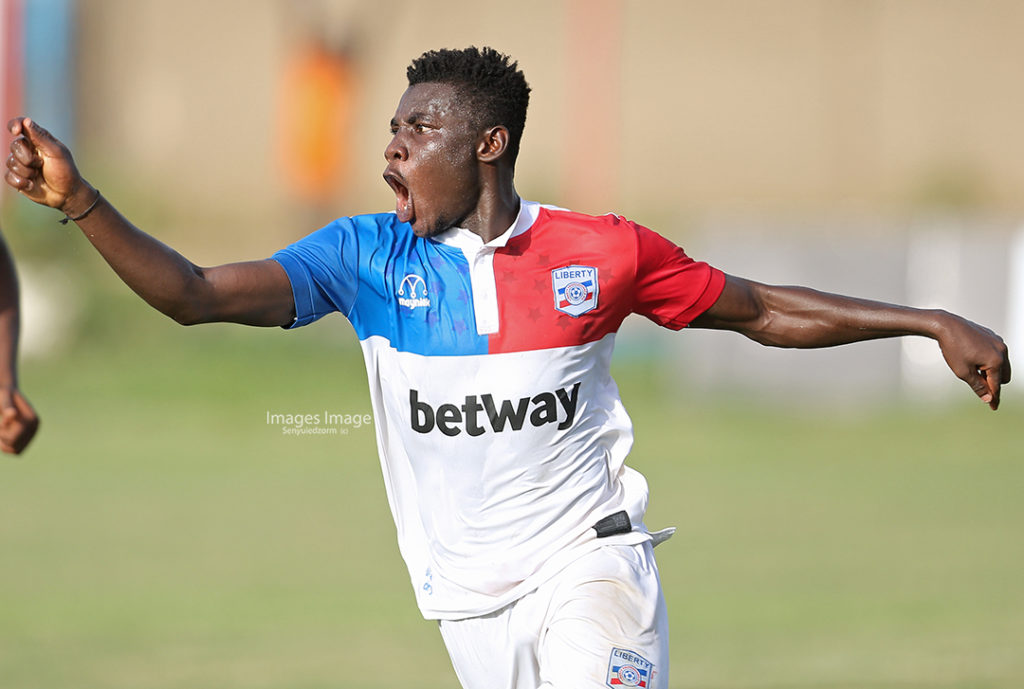 Liberty Professionals ended AshantiGold's unbeaten run in the Ghana Premier League by handing them a 1-0 defeat at the Dansoman Carl Reindorf Park on Wednesday.

A last minute strike from Elvis Baffour Kyei was all the home side needed to end the Miners' smooth run in the league.

With three minutes of time added on after the ninety minutes, and with AshGold knocking harder for the win, Liberty broke from a swift counter attack with substitute Tamimu Muntari connecting excellently with Balfour Kyei to break the deadlock.

The game was generally uncharacteristic of the two teams know the first half but the dynamics changed immediately after the break.

Both sides looked like settling for a goalless draw when the lucky moment fell to Liberty Professionals who excellent made judicious use of it.

Goalkeeper Dida Alhassani flicked away an AshGold corner, Baffour Kyei pounced on the ball, tailored a diagonal pass to Muntari who wasted no time by sending the ball back to Baffour who nicely slotted the ball into the yawning net at a time George Owu was already out of the sticks.

The win over AshGold is Liberty's second in a row after registering a 2-0 win over Techiman Eleven Wonders on Sunday at the Obuasi Len Clay Stadium.

AshGold until this defeat had been remarkable in the Ghana Premier League without a defeat in five games.